Memorial services for James “Jim” N. Fobair, 85, of Albert Lea will be at 11 a.m. Wednesday at St. Theodore Catholic Church. The Revs. Timothy T. Reker and Mike Ellis will officiate. Interment will be in St. Theodore’s Catholic Cemetery. Military honors will be accorded by 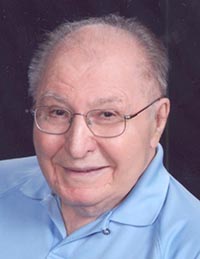 Albert Lea veterans organizations. Friends may visit with family one hour before services at the church.

Jim graduated from Butte High School with the class of 1946, and then continued on to Railroad Telegraph School. He served our country in the U.S. Army from November 1950  until his honorable discharge in November 1952.

They made their first home in Deshler, Neb., where Jim was employed as a station agent for Rock Island Railroad. In 1967, they moved to Albert Lea,  where Jim continued to be employed by the railroad. In 1973, Jim and Lorraine opened Fobair Furniture in Clarks Grove, which they operated for 28 years before retiring.

He was a member of the Lion’s Club and the Chamber of Commerce in Deshler, Neb., and the American Legion and Golden K Kiwanis in Albert Lea.

Jim was preceded in death by his parents, Irving and Ruby Fobair.

Jim was an amazing and loving husband, father and grandfather. He will be greatly missed.

Memorials are suggested to the American Cancer Society or St. Theodore Catholic Church.