Memorial services for Judy Marie Limesand, 76, of Albert Lea will be at 10 a.m. Saturday at St. John’s Lutheran Community in the chapel. The Rev. Jeff Laeger-Hagemeister will officiate. 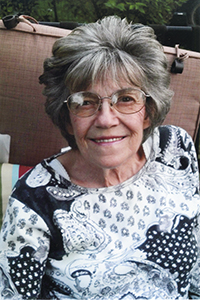 She was a loving wife, homemaker, mother and person to all who knew her.

The family wishes to thank the staff at St. John’s Lutheran Community for their wonderful care of Judy and Hospice of Albert Lea.