Memorial services for Larry A. Hoyt of Albert Lea will be at 1:30 p.m. Monday at Bonnerup Funeral Service, Albert Lea. The Rev. John Holt will officiate. Friends may visit one hour before services at the funeral home. 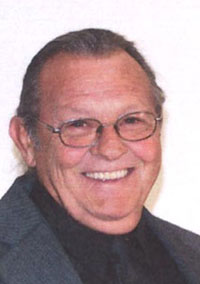 Larry attended Albert Lea Schools. He had worked for Wilson & Co., later Farmstead, for more than 30 years and then at Bridon Cordage.

His passion was working on engines. He built his own business, and built beautiful custom motorcycles, hot rods and cars. Larry and Barb enjoyed traveling all over the country showing his custom-built hot rods.

Larry always put family first; he was always interested in all their lives. In recent years, he especially enjoyed spending time with his grandchildren and attending their sporting events.

Larry was preceded in death by his parents, brother, Rick Hoyt, and son, Bobby Seha.

Larry touched many people’s lives. He was always willing to help others and would “give you the shirt off his back!” He will be loved and missed by all his family and friends.