Funeral services for Pamela Rose Ethen, 67, of Albert Lea, formerly of Glenville, will be at 2 p.m. Saturday, at First Lutheran Church in Glenville. The Rev. James Rushton will officiate. Visitation will be one hour prior to the service at the church. Interment will be in Greenwood Cemetery at a later date. 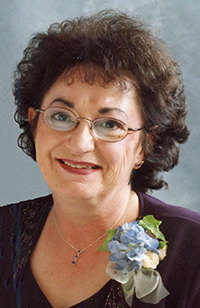 Pam was born Feb. 25, 1947, in Albert Lea, the daughter of Kenneth and Arlene (Ewald) Williamson. She graduated from Glenville High School and Riverland Community College in Albert Lea. On July 12, 1986, she was united in marriage to Francis Ethen at the Little Brown Church in Nashua, Iowa.

Pam worked for many years as a nursing assistant at St John’s Lutheran Home and the Good Samaritan Society of Albert Lea. She also worked at Byerly’s Foods in Lake Mills. Later in life she quit working to take care of her aging parents.

Pam was a member of First Lutheran Church in Glenville, the Solos and Singles, the Albert Lea Eagles Club, the Glenville American Legion Auxiliary and the Glenville Women of Today.

She enjoyed reading, crocheting, needlework, watching TV and shopping. She loved listening to music and dancing.