Beginning in 1973, headlines announcing the results of a meeting of OPEC ministers often sent shockwaves through the American economy. From the founding of the nation until that time, the United States had never been beholden to other nations in determining our economic well-being. 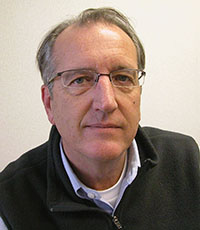 It took almost 40 years, but we are finally on the verge of reclaiming control of our energy future and, consequently, protecting American energy security. In 2017, the United States will be the largest oil and natural gas producing nation in the world. By 2023, we can be 100-percent independent in North America with our trading partner and neighbor Canada.

Achieving this independence has not been easy, and more remains to be done. Minnesota, for example, has been at the end of every petroleum supply pipeline since the early 20th century as crude oil arrived here from southern sources in Texas, Oklahoma, the Gulf of Mexico and abroad. As a result, pipelines were constructed to move oil from south to north. Today the vast sources of oil and natural gas produced in North Dakota and Canada promise to put us near the front of the pipeline, if the infrastructure is retooled to allow it. 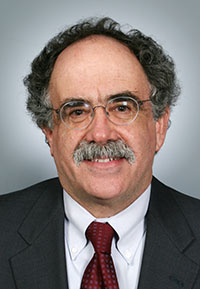 Enbridge has proposed expansions of its pipeline system that extends from both Alberta and the Bakken Field in North Dakota to refineries that produce motor fuel and other products that are sold in Minnesota. These expansions will dramatically increase capacity and take us one more step toward North American energy independence.

Enbridge’s effort is not without controversy and has detractors across Minnesota. Opponents of expansions fall into two categories. The first group comprises local groups supported with slanted information and financial support from international organizations like Greenpeace and the Natural Resources Defense Council. These local groups, in turn, attempt to create unsupported fears about pipeline expansions to incite opposition to the delivery of North American crude oil. The second group comprises landowners and our communities along the pipeline route. We believe these folks deserve the truth.

The questions raised by community leaders and citizens about pipeline safety are reasonable, and the answers are straightforward and clear.  Pipelines are the safest means of transporting crude oil with a 99.999-percent success rate, according to industry statistics. Thousands of miles of pipeline in Minnesota deliver crude oil 24/7/365. And, new pipeline proposals like the Sandpiper project that will cross northern Minnesota will include the most modern safety technologies available.

As you weigh the costs and benefits of pipeline
development, please review the facts. As representatives of the skilled craft workers and businesses located in every corner of Minnesota, we have reviewed the facts and the science because our members build these projects or provide services as vendors of equipment, food, lodging, etc. Our members hear what landowners are saying, and we are confident their concerns can be addressed.

However, we are also hearing from Minnesotans everywhere that having access to North Dakota and Canadian energy resources safely delivered will increase employment and improve the economy. The ultimate choice is whether we follow the advice of groups like Greenpeace and “turn back the clock” to the days when OPEC ministers determined our energy security.

Harry Melander is president of the Minnesota Building and Construction Trades Council.

William Blazar is senior vice president of public affairs and business development at the Minnesota Chamber of Commerce.