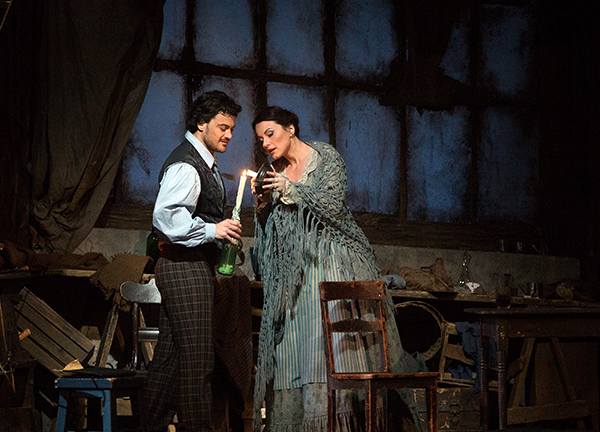 “La Bohème,” a timeless story of young love, will be streamed live from the New York Metropolitan Opera this weekend at the Marion Ross Performing Arts Center.

One of the most popular of all operas, “La Boheme” is a tale of young love, passion and heartbreak, set to some of Puccini’s most openly beautiful and passionate music. The opera starts at 11:55 a.m. Saturday and runs approximately three hours including two intermissions. It is sung in Italian with English subtitles. Joyce DiDonato will host this week’s backstage interviews. 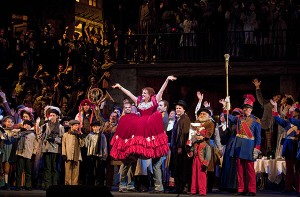 Susanna Phillips sings the flirtatious Musetta and Massimo Cavalletti is the painter Marcello in this performance, led by Italian conductor Stefano Ranzani. Featuring a cast of hundreds, a glorious onstage snow scene, and a detailed reconstruction of the Latin Quarter in Paris, this broadcast marks 15 million viewers for the Live in HD series, which now reaches 66 countries worldwide.

“Meet the Met” will gather from 12:15 to 12:45 p.m. Friday at Prairie Wind Coffee. Opera fans or people just wanting to find out more about the opera can meet for a short presentation about La Boheme, Puccini, the synopsis and the opera stars who will be singing.

There will be a shortened version of “Meet the Met” at 11:30 am in the Green Room at the Theater just prior to the opera for those unable to attend on Fridays.

Tickets are $20 for adults, $12 for students under the age of 30 and can be purchased at www.actonbroadway.com or www.AlbertLeaCivicMusic.com.

• Park & Rec swimming, bowling, skating will be from 10 a.m. to 4 p.m. at the City Arena, Holiday Lanes and YMCA. Registration was required.

• An all-you-can-eat meal will be at the Albert Lea Moose Lodge. Entertainment will be by “RAHK Karaoke.”

• Texas Hold ‘Em will be at the Albert Lea Eagles Club with entertainment by “Tom Mineheart.”

• The 1st District Republican Convention will be at 9:30 a.m. at Southwest Middle School. Party delegates will endorse a nominee for running against incumbent Democrat Tim Walz. However, if candidates don’t adhere to the endorsement, the nominee would be determined at the Aug. 12 primary election.

• A Taste of Heritage will be from 1 to 3 p.m. at the Northbridge Mall.

• A Moose Softball League Burger Basket fundraiser will be from 5 to 7 p.m. with entertainment by “Tom Minehart.”

• There will be a BBQ and chicken supper from 5 p.m. to 8 p.m. at the American Legion in Glenville. The cost is $12. All proceeds go to the purchase of a new tank and pump for the fire department brush and grass truck.

• Moscow Lutheran Church in Moscow Township will have a soup and pie supper from 5 to 7 p.m. Proceeds will go to restroom handicap upgrades at the church.

• St. Theodore Catholic Church will have an auction from 6 to 10 p.m. at Wedgewood Cove Golf Club.

• “Lehto and Wright” will perform at 7:30 p.m. at the Albert Lea Lighthouse Theatre and Event Center. Tickets are $15 in advance and $20 at the door. Their music ranges from bluegrass to extreme arrangements of East Indian ragas. GCO’s instrumentation includes guitar, fiddle, bass and drums.

• Entertainment by “Larry Rysavy” at the Albert Lea Eagles Club.

• Stargazing with Mike Lynch will be from 8 to 10 p.m. at East Freeborn Lutheran Church. Registration was required.

• A pancake breakfast will be at the Good Samaritan Society. The cost is $8 for adults and $4 for children five and under. There will also be a bake sale. All proceeds will go toward the purchase of a new bus.

• Alden-Conger Youth Football will have a pancake and french toast breakfast from 8:30 a.m. to 1 p.m. at Oakview Golf Course. Donations will be accepted.