Go enjoy the living room of the outdoors.

Trish is a hairdresser for her home business Salon 625. Corky is a plastics injection molder at Rofshus Precision Machine.

Trish enjoys sitting on her upper deck because it reminds her of being in a tree house. She said her husband designed and built almost everything in their backyard. A large deck comes off the home and leads down to another seating area and hot tub. Then more steps lead to a large seating area around a fire pit. Follow the steps down farther and it leads to the dock, where there is another table and chairs.

What does Trish like the most? “Just being outside; it’s the place to be in summer,” Trish said.

Ann worked 20 years as a special education para educator at Albert Lea schools and now is retired. Scott is a pharmacist at Hy-Vee.

Custom Concrete did the cement work, and Garden Diva Design Studio designed the landscaping. They did the planting themselves. They built the pergola themselves on top of some of the cement work.

Some of her favorite features include the clematis when it’s blooming, the lilys and the hydrangea on the front lawn. She even has a birdbath that she created using sand and a large rhubarb leaf as the mold before pouring concrete. Ann is a member of the Shades of Jade Garden Club.

They designed the area, but had outside help with the work. Kay chose the rugs, pillows and other accents for the deck. They bought furniture in California and had it shipped home.

Bill’s favorite feature is the deck where he can sit and read the newspaper in the morning and watch the sun come up over the lake. Kay enjoys the same spot and to watch boaters go by.

Brad is the CEO of Alliance Benefit Group and calls Tempest the CEO of their home.

When they bought the home in 2002 they did a big addition because they said they wanted the house to look like it belonged on the lake. Some of the work was done professionally, but Brad planted all the plants and foliage himself because he finds it fun and therapeutic.

Their favorite feature is the outdoor gathering place with a table and another area in front of an outdoor fireplace.

Matt is a financial adviser at Twedt Financial Services in Lake Mills, Iowa. Paula is a special education teacher with the Albert Lea School District.

Garden Diva did the design. Matt did the physical work and bought the supplies from Plaza Landscaping. It is a corner house, so a mound with plants on it takes the attention of passing motorists away from their backyard. The stone fireplace is the centerpiece; neighbors come over for evenings by the fire.

Judy and Tom live here with their son, Sam, and their dog, Maverick. Judy works at Freeborn-Mower Cooperative Services, and Tom is director of court services for Freeborn County.

Their entire outdoor space was done by Tom. Judy said Tom is creative and has a good eye for landscaping. He built the outdoor grill and bar, Adirondack chairs, the deck and built-in fire pit. Judy’s parents live next door, and Tom found boulders from an old barn that was built in the 1800s. He used those boulders in their landscaping.

Tom’s favorite thing to do outside is grill mediterranean pizza, and Judy’s favorite feature is the handmade Adirondack chairs because they’re so comfortable. 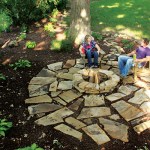 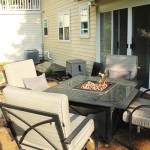 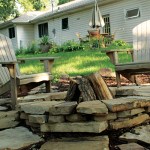 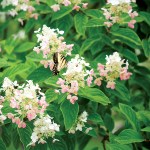 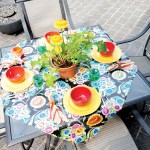 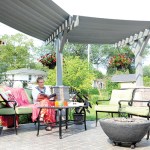 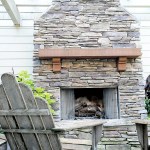 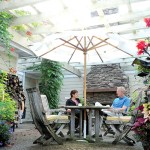 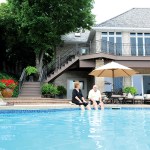 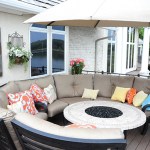 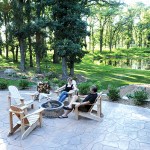 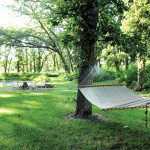 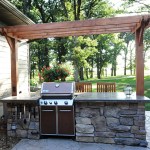 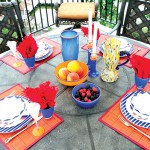 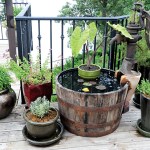 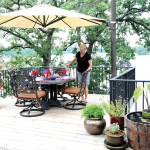