Albert Lea’s finance director was placed on paid administrative leave on Friday pending the results of an investigation, according to City Manager Chad Adams. 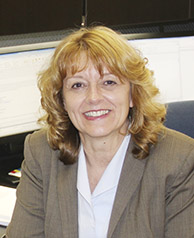 Adams said staff received an allegation about Finance Director Terry Berg that was forwarded to his office. After reviewing the information, he said he felt the allegations warranted putting Berg on paid leave and beginning an investigation.

He declined to comment on the nature of the investigation or whether police are involved.

Berg started as a finance officer for the city in July of 2012 and was promoted to finance director in January of 2013.

She has worked in the public sector since 1985, starting as a city administrator. She has served as finance director for the city of Lake Elmo and Faribault before coming to Albert Lea.