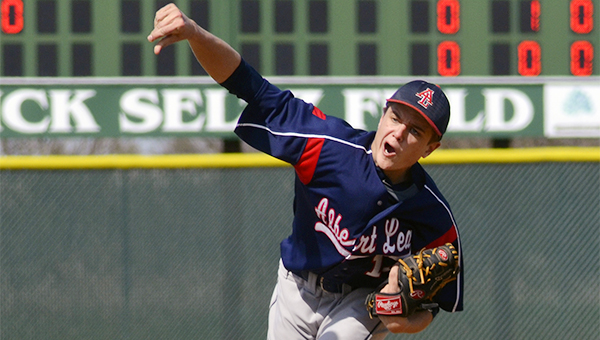 In a game with 29 runs scored, Albert Lea outlasted Austin to break .500 on Monday at Dick Seltz Field. 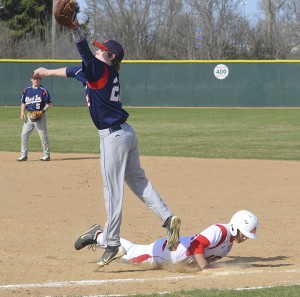 “There’s no let-up in these guys,” said Albert Lea coach Joe Sczublewski. “We’ve got a young squad, but they’re playing hard and they keep battling.”

Parker Mullenbach led Albert Lea to the win on the mound. He pitched 3 2/3 innings, struck out six batters and allowed four walks, three hits and one earned run. Sczublewski said Mullenbach only pitched 2/3 of an inning on varsity before Monday.

“Mullenbach did a good job of shutting the door after coming in from the field,” he said. “It’s tough to come in without much of a warmup, and he got better as the game went along.”

Mullenbach played first base before he took the mound.

Albert Lea was spurred to victory in the top of the fifth when Chris Enderson hit a double with the bases loaded to drive in all three runners.

“After they tied it up at 11, it was important that we came back to take the lead back because they had all the momentum,” Sczublewski said.

The Tigers have won two straight and three of their last four games. Sczublewski said his team will play 16 games in the next 17 days starting with a game at 5 p.m. today at Rochester John Marshall.

“The kids are having a fun year, and we have a lot of baseball left to play,” he said.