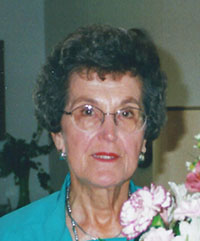 Alice was born on Aug. 16, 1920, in Lakefield to John and Anna (Marinek) Babey. She attended Maple Island Elementary School, Albert Lea High School and graduated from Blooming Prairie High School. While studying at business college in Minneapolis, she met and married Everett Fuhr. He was an interior designer, and she worked for the city of Richfield as a secretary.

In the late 1960, they moved to Scottsdale, Ariz., where she worked for the law school at Arizona State University. Alice and Everett had many friends wherever they lived. They traveled all over the world. Both loved to dance and have elegant dinner parties in their home.

Alice moved back to Hollandale in 2000 to be closer to her siblings. She made many new friends there. Her most recent residence was at Prairie Manor in Blooming Prairie.  She received excellent care from the nurses, staff and Dr. Julie Olson.

Alice is survived by her sister, Irene Wagner, of Norfolk, Va., and many nieces and nephews.

A memorial service will be at 1 p.m. Saturday at Clasen-Jordan Mortuary in Austin with the Rev. Neal Ooms officiating. A reception will follow the service. Interment will be at Lakewood Cemetery in Minneapolis at a later date.

May she rest in peace.