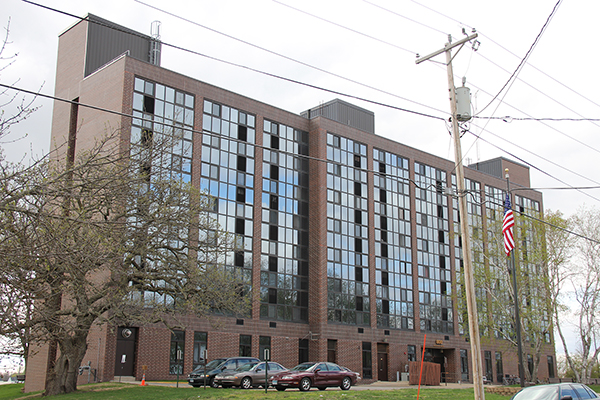 Shady Oaks on Fourth Avenue is home to the Albert Lea Housing and Redevelopment Authority.

In Freeborn County, it is more expensive to rent a two-bedroom house than it is to own one. The lack of affordable housing for low-income renters is an issue that Albert Lea and surrounding communities need to address.

But that can’t happen without state assistance. We call on legislators to ensure the passage of a bonding bill with $100 million dedicated for affordable housing. DFL lawmakers are on track with their unprecedented proposal to address homelessness in Minnesota.

The cost of homelessness is more than meets the eye: jail, drug and alcohol treatment, emergency rooms, psychiatric services, public welfare, monitoring, food shelves and on and on. And everyone from the head of the U.S. Department of Housing and Urban Development down to the homeless people themselves say that housing — a place to stay — is the first step to getting back on their feet and being productive members of society.

Minnesota Housing Partnership numbers show that the median annual income for renters in House District 27A is $24,059, while the median monthly paid rent is $550. Forty-nine percent of the renters earning below $50,000 per year in the district are spending 30 percent or more of their income on rent alone. Statewide, more than 600,000 households pay more than 30 percent of their income on housing. There are an estimated 14,000 homeless Minnesotans, a 30 percent increase from 2006. Half of the homeless are 21 and younger.

Let’s look at numbers for just Freeborn County. Get this: For every 100 extremely low-income renters, there are now 53 affordable units available. Renter incomes have fallen 12 percent since 2000 while rents have risen 16 percent. A modest two-bedroom apartment costs $627 a month, which is affordable if your family is at the median renter income rate of $24,901. By median marks only the middle, which means many renters are below and cannot afford housing. The state number also reflect that there are 2.7 job seekers for each vacant job in Freeborn County and nearby counties.

The funding in the bonding bill would go to preserve existing subsidized housing, such as the Shady Oaks high rise on Fourth Avenue in Albert Lea, and it would construct or acquire new housing aimed at assisting homeless people or at risk of being homeless.

Bolstering the state’s supportive housing stock will reduce costs at jails, hospitals and treatment centers and get people headed in the right direction. Let’s hope lawmakers see the bonding bill through this session with this provision.