Editorial: Grizzlies game looks to be an exciting one

If you go to only a single football game played by the Albert Lea Grizzlies this spring, go to the one scheduled for Saturday. The weather forecast looks perfect. The Grizzlies have built a fine-looking field, and the game promises to be another exciting match between the Grizzlies and the Truman-based South Central Hawgs.

Perhaps some background will motivate you: 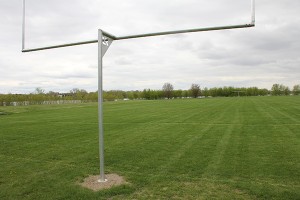 The league plays nine-man football each spring in cities across southern Minnesota and northern Iowa.

Two teams are 3-0. The Southwest Huskerz of Worthington surprised the Hawgs last week with a 21-9 upset. The Midwest Rampage of Webster City, Iowa, also are undefeated on the season. They beat the Grizzlies last week 37-12.

The Grizzlies, Hawgs, Huskerz and Rampage remain the only four teams in the nine-team league with winning records.

The Grizzlies beat the Buffalo Ridge Wildcats of Lake Benton and Steele County Warriors of Blooming Prairie earlier this year. In fact, the home page of the website for the Wildcats shows two Grizzly defenders hitting a Wildcat player, whose helmet went flying skyward.

The Albert Lea squad typically is among the class of the SPFL but want to reach deeper in the playoffs. Last year, the Grizzlies were 5-2 but lost in the first game of the playoffs to the Warriors.

The game at 5 p.m. this Saturday is at Frank Hall Park, where the team built a football field. It even has goalposts made by Lou-Rich. This is the last home game for the Grizzlies until June 14 against the Huskerz, another promising battle.

Go to the game, see what the team has done for the park and see some exciting football being played right here in Albert Lea.