Expansion into pre-kindergarten education is coming along 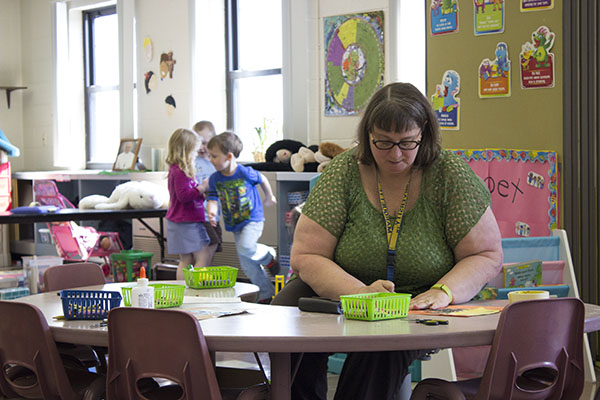 The inaugural class of students at St. Theodore’s Catholic church’s new preschool have been excelling for the 54 days they have had classes.

Students already know most of the alphabet and are working on math and reading skills, teacher Brenda Appel said. 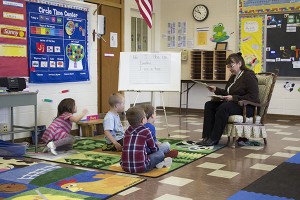 The class has only six students, which is understandable as the preschool has only been open since February. The teacher-to-student ratio is one teacher to 10 students, so for now, Appel is the only pre-kindergarten teacher.

While most pre-kindergarten students have been in school since last fall, the six students at St. Theodore’s are constantly eager to learn and are catching up to the kindergarten level, Appel said. 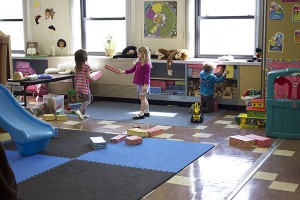 The students then listen to some stories, work on handwriting and write in their journals. Then it’s snack time, and it’s only been an hour of school.

Appel said that the students are learning quickly and eagerly and she’s able to get through a lot in a short amount of time — both to prepare the students for kindergarten and to keep them occupied.

Next year, Appel said that the lessons will expand to science and other subjects, but since these children got a late start, the focus is on math and reading to prep for the next grade.

“They’re busy all day long,” Appel said as she finished up the schedule with learning about clocks, phonics worksheets, playtime and clean up.

Appel has been with St. Theodore’s for nine years; she started as a kindergarten aide. With the opening of the new preschool, she’s now the preschool teacher from 8:15 to 11:15 a.m. and the kindergarten aide for the rest of the day.

It’s not just the children that are excited either — Appel said the parents are happy and very pleased with the program. She said that when parents ask their children what they like about school, many have a long list of things or some just say “everything!”

To schedule a time to watch the preschool class or to register a child for the fall, call 373-9657.