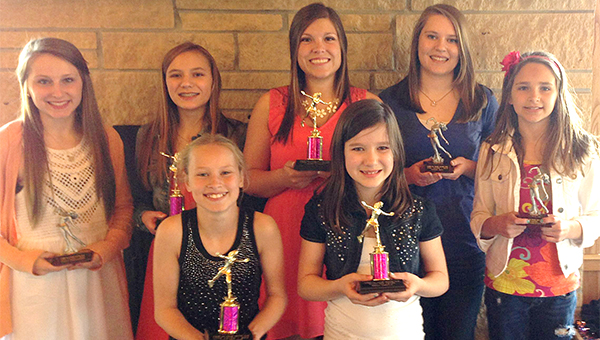 The Albert Lea Figure Skating Club presented its annual awards last Sunday at its banquet at Edgewater Park, according to a press release.

At the basic skills level, Makenzie VanderSyde received the Bunny Hop Award for the most improved skater, and

Evy Christensen received the Waltz Award for the coach’s choice.

The club presents these awards, named after figure skating jumps, to recognize skaters for exemplary behavior on and off the ice