How do local governments make purchases? 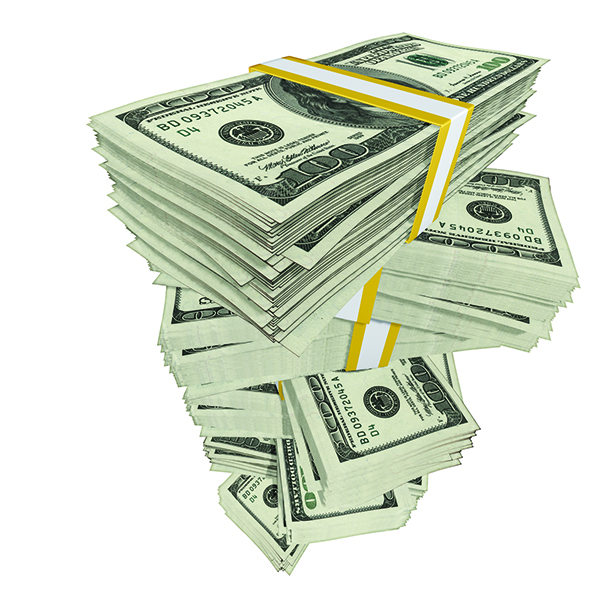 Local government entities in Albert Lea spend millions of dollars each year on purchases, but how much of those purchases are local?

The Tribune talked with city, Freeborn County and Albert Lea school district officials about how purchases are made and what efforts are being made to support local businesses.

Albert Lea City Manager Chad Adams said many of the city’s purchases follow the state statute that requires governments to choose the lowest responsible bidder for projects, but the city is considering a policy that would allow them to stray from that to support local businesses.

“It’s a double-edge sword,” Adams said. “It may benefit the local economy by buying more local, but on the flip side, we’re utilizing more taxpayer dollars. We need to find the balance of what people are comfortable with.”

He said state statute requires at least two quotes for any purchase over $25,000, though the city uses that practice for purchases below $25,000, too. The city manager is allowed to sign contracts under $50,000 without council approval, and for anything over $100,000, the city goes through competitive bidding with sealed bids.

Adams said the city can deny the lowest quote if it comes from a vendor that has shown poor prior performance.

He said the statute allows for what he called “best value contracting,” when the city can stray from the low bid to support a bid that it believes will offer the best value.

“If we had someone who wanted to build a fire facility who didn’t have any experience, maybe we would want to go with an experienced person instead,” Adams said. “It’s more paper intensive, but sometimes you may get a better low cost and quality project in the end.”

This came into play when the city earlier this year chose a consultant to review all of the city-owned buildings, such as City Hall, the fire station and City Arena. Adams said the city has discretion when choosing a firm for professional services.

The lowest bid came from Wold Architects in St. Paul, and the highest was from WSB & Associates, headquartered in Minneapolis.

Adams said in that instance, some of the companies with the lower bids did not even answer all of the questions asked in the request for proposals, and others did not have experience. The companies with the higher bids offered to have a deeper analysis or spend more hours on the project. He said the most detailed project offered the highest price.

Adams said the city had a committee review each of the bids and rank them individually on pricing, qualifications and bid proposals. None of the bidders were from Freeborn County.

The committee ultimately recommended the second-highest bidder, BKV Group, of Minneapolis, for $100,000.

“We thought we’d get the best value from them,” he said.

The city is considering policy that would allow the council to choose a local company if that bid is within certain percentage points of the lowest responsible bid.

“We want to benefit our local vendors as closely as we can,” he said.

For street projects, the city sometimes only receives one bid. Though more bids are preferred, this is acceptable per state statute as long as the city made an effort to get more than one, he said.

The city purchases most of its equipment and supplies, such as paper and chairs, through a southeastern Minnesota cooperative that allows them to buy them for cheaper.

Some of the services the city typically goes locally for are engineering services and electrical services.

Albert Lea Area Schools Superintendent Mike Funk said out of the district’s $40 million budget, 80 percent goes to pay salaries and benefits, and the remaining $8 million is spent on other expenditures.

Of that amount, Funk said last fiscal year the district made about $3.3 million in expenditures to vendors with an Albert Lea zip code.

When it comes to making purchases for the district, Funk kept it simple: “We choose the lowest bidder, which is the most appropriate thing to do when spending taxpayer dollars.”

Freeborn County Administrator John Kluever said the county is also charged with choosing the lowest responsible bidder for its projects, and they have not considered a policy similar to what’s being considered by the city to allow more possible local spending.

“It would be nice to stay local, but we also have a responsibility to the taxpayers and the public funds that are being spent,” he said.

He said there are several layers of checks and balances on each purchase made.

While department heads can sign off on any purchases $1,000 or less, every purchase is reviewed by county administration and ultimately signed off by the Freeborn County board of commissioners.

For anything over $100,000, state statute requires sealed bids.

“Minnesota statute is the bible on how to follow based on dollar amounts, what to do and when to do it,” he said.

Many of the projects that are bidded out — particularly the highway projects — are awarded to someone local or from southern Minnesota, he said, such as Ulland Bros., which was paid more than $7.7 million in 2013, and Sorensen Bros. Inc., which was paid about $840,000, according to a vendor list on the county’s website.

Kluever said there are also several local vendors who help with day-to-day work that are what he described as “regulars.”

Albert Lea Electric has been involved in the county’s technology upgrades, and Jensen Excavating does a lot of ditch repairs, Kluever said.

The county goes through a cooperative for many supplies.

Kluever said every claim comes before the board of commissioners for a vote, and he has never had any local company approach him about being denied an opportunity to complete a job.