Memorial services for Jewell L. Dahl, 84, of Albert Lea will be held 11 a.m. Monday at the Bayview/Freeborn Funeral Home. The Rev. Jeff Laeger-Hagemeister will officiate. Interment will be in Greenwood Cemetery at a later date. Visitation will be one hour prior to the service at Bayview. Online condolences are welcome at www.bayviewfuneral.com. 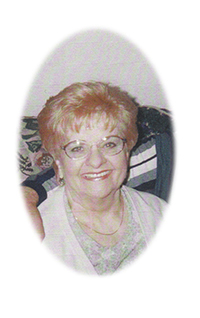 Jewell L. Dahl was born on March 1, 1930, in Glenville, the daughter of Chris and Josephine (Vanek) Steene. She grew up in Glenville and graduated from Albert Lea High School.

On July 6, 1947, Jewel was united in marriage to Chester H. Dahl at First Lutheran Church in Glenville. She enjoyed china painting, oil painting, refinishing furniture and crocheting. She played drums and sang in country bands. Jewell wrote a column in the Milford UT newspaper called “By the Way.” Jewell liked spending time with family and friends, doing her hobbies and caring for her pets. She was an animal lover who took time to love and care for each and every one of them throughout the years.