Motorcyclist injured in crash on County 46 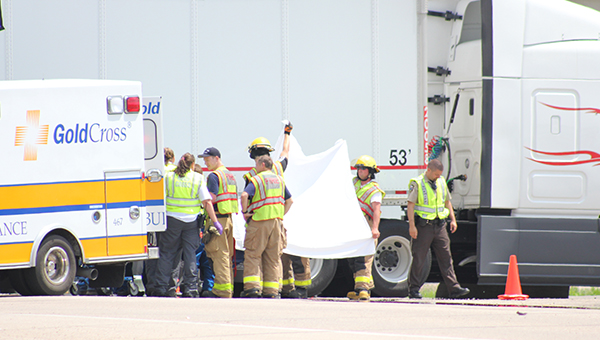 An Albert Lea motorcyclist was injured Friday afternoon after he collided with a semi on Freeborn County Road 46 near the Interstate 35 overpass.

Daniel P. Whelan, 52, was flown by Mayo One helicopter from the scene to the Mayo Clinic in Rochester.

His injuries are not life-threatening, according to the Minnesota State Patrol. 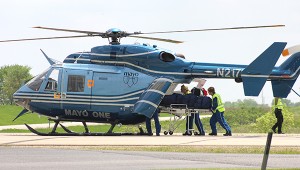 Mayo One first responders lift an injured man into a helicopter after a crash Friday afternoon near the intersection of Interstate 35 and Freeborn County Road 46. — Sarah Stultz/Albert Lea Tribune

Reports state Whelan was driving a 2011 Harley Davidson motorcycle westbound on Freeborn County Road 46, when a 2015 Freightliner semi pulled out in front of him from the Interstate 35 ramp to turn east onto County 46.

Whelan struck the semi, which was driven by Joshua P. Howard, 31, of Jonesboro, Ark.

When authorities arrived, the motorcycle was under the first set of tires on the driver’s side of the semi. Howard was not injured.

Whelan was not wearing a helmet.

His condition as of press time was unknown.