Porcine epidemic diarrhea virus has caused a shock to both the agricultural marketplace and consumers’ bottom line. While the virus has caused a number of problems internationally, it wasn’t until April 2013 that PED was first discovered in the United States. 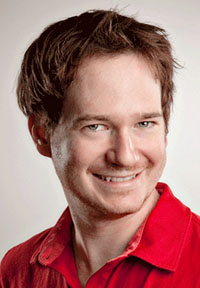 For those of you who are not familiar with this virus, PED causes severe diarrhea and vomiting among older animals and extreme dehydration and mortality of up to 100 percent in piglets in the first few days of life. In the year since PED hit the United States, we have experienced the death of millions of piglets, with more than 6,000 cases of PED reported.

As you may imagine, the impacts of this disease are rippling across the American economy as pork supplies dwindle and exports bans become a threat.  Bacon and pork prices are certainly on the rise, one of the more noticeable and tangible impacts of this virus. When all is said and done, however, this disease will cost hundreds of millions of dollars to farmers, the industry and everyday consumers.

One of the routes the PED virus spreads is through fecal-oral contamination — this has contributed to its rapid spread, as pigs are transported not only from barn to barn, but also via long-haul trucks all across the nation, every single day.

In a matter of days after PED was first discovered, our team at Harrisvaccines began work on a vaccine.

At first, we located the Spike gene sequence online from the known Chinese strain of PED. We took the code of the gene, electronically, and synthesized it to insert into our production platform process.  Using our unique SirraVax RNA Particle technology, we were able to insert that gene from the virus within the RNA particle to make the vaccine. When vaccinated, the animal expresses high levels of virus-neutralizing antibodies while stimulating both a cellular and humoral immune response.

The Chinese strain of PED was later found to be more than 99 percent related to the strain that induced an outbreak here in the United States.  In August, our experimental data gave us the confidence to release the vaccine, called iPED, to be sold through veterinary prescription. This was four months after the initial confirmation of the disease.

Five months later in late January of 2014, our researchers refined the product and we released a second-generation vaccine — iPED+, which is now being widely used in the U.S. with initial sales in Canada. In total, we have sold more than 1.5 million doses over the last year.  We expect to receive a USDA conditional license for this product by summer of 2014.

Over the last several months we have seen industry organizations, government agencies, university researchers and swine producers join together in the fight against PED.  The spread of this disease — not dissimilar to what an outbreak of foot and mouth disease, commonly called FMD, might look like — has raised questions within the industry about preparedness and biosecurity protocols against foreign animal diseases.

Also, reports of a variant strain of PED and a new swine delta coronavirus has complicated the matter — in that maybe there was not just one virus introduced into North America.

Agriculture is a global industry, so the threat of additional outbreaks cannot be taken lightly. As far as PED is concerned, there is no one silver bullet. It is essential that farmers combine biosecurity protocols, vaccines and common sense when dealing with a disease of this magnitude.

Joel Harris is the head of sales and marketing for Ames-Iowa-based Harrisvaccines.