Rebels rally past Panthers with 2-run shot in 6th inning 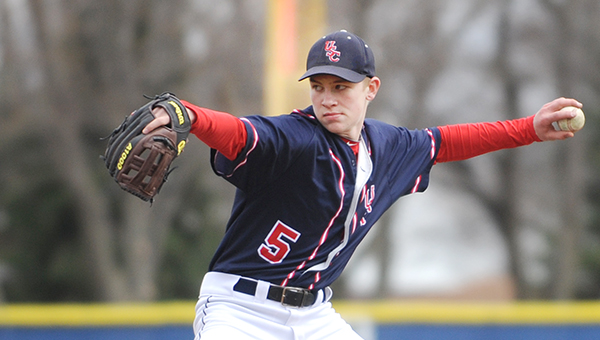 WELLS — A lead the NRHEG baseball team built through the first five innings was overcome Friday by United South Central in the bottom of the sixth.

“We hung around long enough to score,” said USC coach Pat Frank. “Our pitching kept us in the ballgame.” 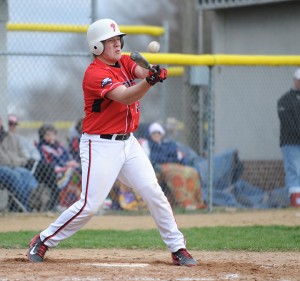 Noah Krell of NRHEG connects with a pitch Friday at United South Central. Krell was 1-for-2 at the plate and one of six Panthers to get a hit. — Micah Bader/Albert Lea Tribune

Cody Latusek took the win by taking the mound for the final two innings. He struck out three batters and allowed two earned runs after Matt Harpestad pitched the first five innings and retired five batters.

“I thought Matt threw a good ballgame, and I thought Cody did a nice job coming in in relief,” Frank said.

In the top of the first, NRHEG took a 1-0 lead when Dakota Thiele led off with a double and scored on a ground-out by Parpart.

USC answered in the bottom of the inning, but NRHEG scored one in the fourth and two in the fifth on a pivotal hit by Dillon Kubiatowicz to take a 4-2 lead into the sixth, said NRHEG coach Pat Churchill.

With two outs in the bottom of the sixth, a double by USC drove in two runs, and Trevor Stencel followed with a two-run shot to give the Rebels an 8-4 advantage.

In the seventh inning, NREHG fought back by scoring two runs to cut its deficit to two, but the game ended with two runners stranded.

Stencel was one of four Rebels to have two hits. Riley Kloos was 2-for-2 with one run scored, and Walker Linde and Grant Becher were both 2-for-4 with two runs scored. Ashton Cain added one hit and scored one run, and Colin Wegner scored one run.

USC (7-1 overall, 6-1 Gopher Conference) will play next against the only undefeated team in the

conference: Randolph (4-0 overall, 3-0 Gopher Conference). The opening pitch will be at 5 p.m. at Wells.