Funeral Services for Richard J. “Dick” Severtson of Glenville will be at 11 a.m. Monday at Bonnerup Funeral Service in Albert Lea. The Rev. George Marin will officiate. Interment will be in Graceland Cemetery. Military honors will be accorded by Albert Lea veterans organizations. 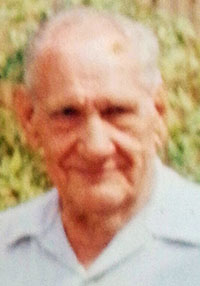 Visitation will be from 5 to 8 p.m. Sunday at Bonnerup Funeral Service and one hour before the services at the funeral home.

Dick died Tuesday, May 6, 2014, at the Veterans Administration Medical Center in Minneapolis. He was 93.

Dick proudly served our country in the U.S. Army from Jan. 1942, until his honorable discharge in Oct. 1945. He had been awarded a Bronze Service Arrowhead, Good Conduct Medal, European Service Medal, six overseas service bars and a Purple Heart for his dedicated service. He was a lifetime member of the Glenville American Legion.

He married Muriel Hagerud on Aug. 7, 1952, and they were later divorced.

Dick spent his life as an auto mechanic. He was very proficient at his trade and worked for Ruud Motors, operated his own garage in Glenville for a time and then finished his career at Phillips 66 before retiring. After retiring, he enjoyed tending to his vegetable garden.