A short service will be at 1:30 p.m. May 17 at Greenwood Cemetery in Glenville for family and close friends. There will be time to gather with the family at the Emmons Legion from 2 to 5 p.m. following the service. 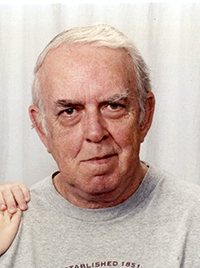 Tom was born on July 7, 1945, in Albert Lea to Dale and Alice (Jensen) Wadding. He married Lola Gavle at Emmons Lutheran Church and later divorced.

Tom graduated from Emmons High School in 1963 where he enjoyed playing basketball and baseball. He worked at Wilson & Co. in Albert Lea and then for First Bank in Minneapolis until he retired as vice president of accounting in the business loan department. When he was 50, he moved to Las Vegas where he lived happily until his death.

Even though Tom lived far away from his grandchildren, he was always interested in their activities. He also kept in touch with his mother and siblings and was thrilled when people came to visit him.

Tom was a very caring person.