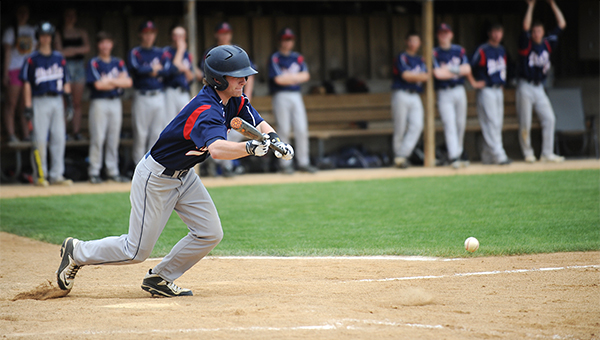 A win against Waseca secured at least two more games for the Albert Lea baseball team, and the Tigers are clawing for even more.

Albert Lea took down the Blue Jays 8-3 Saturday in the Subsection 2AA South quarterfinals. After getting past the quarterfinal round, the tournament becomes double elimination. 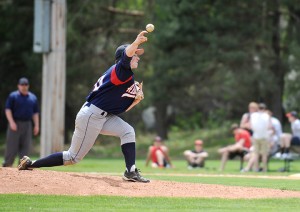 “Our younger guys are feeling a lot more confident, and our pitching is a lot more solid now than it was at the start of the year,” he said. “We played a tough Big Nine schedule and competed with everybody we played. We didn’t get as many wins as we would’ve liked, but our squad has improved, and we’re playing our best ball right now.”

The Tigers are on a two-game winning streak after defeating NRHEG 17-0 in the regular season finale. They kept that momentum going against Waseca.

In the bottom of the first inning, Albert Lea lit up the scoreboard with a one-out two-RBI single by Parker Mullenbach that scored Johnathan Fleek and Jake Thompson.

The score remained 2-0 until the Tigers erupted with three runs in the fourth. Mason Hammer led off with a double on a Waseca fielding error. He also scored on an error. After Chris Enderson was walked, he scored on a bunt by E.J. Thomas, and the final run of the inning was scored by pinch-runner Tyler Steele on a single by Fleek.

Hammer started the scoring again in the fifth. This time, he led off with a triple and scored on a bunt by Smith. Thomas and Fleek continued by driving in runs for the second straight inning.

“We were taking advantage of our opportunities running the bases and the small-ball game, along with some timely hits,” Sczublewski said.

Waseca didn’t go quietly in the top of the seventh. With two outs, the Blue Jays hit half of their game-total eight hits and scored three runs.

“It was important to take the lead and just pad it,” said Albert Lea coach Joe Sczublewski. “You can never have enough in the playoffs. They made a nice run at the end with several hits in a row.”

A diving grab by Smith in shallow left field capped the Tigers’ win.

“When I was running in on it, I thought it was going to be short,” he said. “So I just turned and dove for it.”

Fleek led the Tigers from the mound. He went the distance, retired four batters and allowed eight hits, two walks and no earned runs.

Albert Lea is the No. 3 seed, and Tri-City-United is the No. 2 seed. The Titans beat NRHEG 9-2 in the subsection quarterfinals.