A former Albert Lea principal will be honored with other fallen educators by the National Teachers Hall of Fame Thursday at Emporia State University in Emporia, Kan. 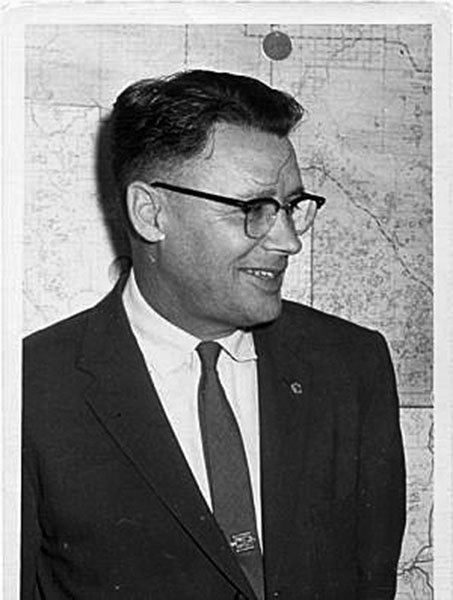 Forrest Willey was high school principal in Albert Lea in the 1940s, according to his nephew, Stephen Bakke. He then went to Wayzata in 1953 and ended up in Grand Rapids after that.

It was in 1966 in Grand Rapids that Willey was shot and killed trying to take a gun away from a student. A 15-year-old boy brought a gun to school and shot one of his 14-year-old classmates before Willey approached him.

Articles written about the shooting say that the shooter was bullied and teased about his appearance. Some compared it to the 2003 shooting at Rocori High School in Cold Spring due to the similarities — a quiet, teased teen brought a .22 caliber pistol to school.

Willey approached the shooter and tried to get the gun away from him. The shooter shot at Willey multiple times, and one of the bullets ended up hitting Willey, and he collapsed. The shooter ran off the property but was later apprehended.

The boy who was shot, Kevin Roth, ended up surviving. Bakke wrote that Roth was apologizing to Willey as they laid on gurneys next to one another following the aftermath of the shooting.

Despite his uncle’s untimely passing, Bakke has worked to write about the day his uncle was shot, and how Willey was a true hero.

“Seldom, if ever, has an educator demonstrated so unselfishly his complete dedication to the welfare of his students as did Forrest Willey,” the Grand Rapids School District said in a resolution it adopted the day of Willey’s funeral. “With no concern for his personal safety, he risked and gave up his own life to prevent the serious injury and possible death of young people in our district.”

In 1968, the Carnegie Hero Fund based in Pittsburgh gave Willey a posthumous award for his actions. In 2013 a memorial bench was placed outside of Elkington Middle School in Grand Rapids.

Now, Willey will be remembered with 112 other fallen educators at the new memorial being put up at Emporia State University.

The inspiration for the memorial came from the Sandy Hook Elementary School shooting. After that the National Teachers Hall of Fame did some research and found other fallen educators and their stories. These stories go back as far as 1764.

This is the only national tribute of its kind, according to a press release. The plaza at Emporia State University will have a limestone retaining wall, a walkway with black granite benches, two book monuments, a donors’ wall and a patio with bricks that are engraved with other donor names.