Albert Lea shuts out favored team and advances to finals 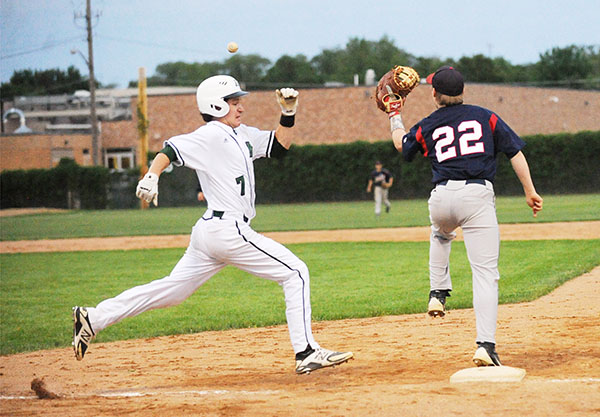 “It was our best-played game of the year,” Albert Lea head coach Joe Sczublewski said following the shutout victory in the Section 2AA playoffs.

The Tigers took an early lead after a wild pitch by Victoria-based Holy Family Catholic (now 13-8 overall) in the bottom of the first inning allowed E.J. Thomas to safely steal home, putting Albert Lea up by a run.

“Last practice we went over keeping our heads up,” Thomas said. “When the ball is in the dirt and gets past the catcher — make sure we advance when we can.”

The Tigers steadily added to their lead the rest of the game with runs in the second, fifth and sixth innings.

On the defensive side, Johnathan Fleek recorded a shutout while pitching all seven innings. Fleek struck out four batters, walked two and allowed five hits with zero runs.

With six and five hits respectively, the Tigers and the Fire may have appeared to have had equal success at the plate.

However, steady fielding by Albert Lea prevented Holy Family Catholic hits from becoming runs. A double play in the top of the first inning set the tone for a defensive effort coach Sczublewski would praise after the game.

It was “probably our best defensive game, our best all-round game of the year,” he said. “Defensively we were just solid. Offensively we had timely hits — we moved people around the bases. Johnathan pitched the best game of the season.”

On offense, the Tigers bats always seemed to come alive at the right moments with runners in scoring positions.  Kole Smith had two sacrifice plays and Thomas had one.

“Our guys are really coming together this postseason as a team,” Sczublewski said.

Wyatt Paulsen and Parker Boyum led the Tigers in hitting as each went 2-for-3 at the plate.

Albert Lea (9-14 overall, 3-13 Big Nine) will have a rematch in the section finals with the Glencoe-Silver Lake Panthers (14-4 overall), who defeated the Tigers 5-4 previously in the double-elimination tournament.

The Tigers will now have to string together back-to-back wins in a double header Thursday against the Panthers to advance to the state tournament.

“We’ve got our hands full,” Sczublewski said about the upcoming matchup. “Glencoe-Silver Lake is a really strong team. They have a lot of seniors and they have one horse as a pitcher. So we’re going to have to do something to get our bats going against him. He’s been shutting everybody down.”