Editorial: Wait for facts to judge soldier and his rescue

Is U.S. Army Sgt. Bowe Bergdahl a hero or a traitor?

The question is dominating U.S. media, even though every answer has more “ifs” and “buts” than Minnesota has mosquitoes.

While that’s not surprising given America’s free speech, 24/7 news cycle and 24.7-second attention span, it is disappointing because this debate too quickly shifted attention away from the only facts really known about Bergdahl. 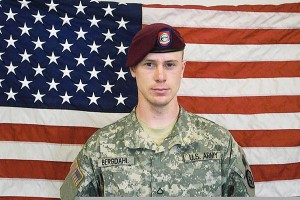 U.S. Army Sgt. Bowe Bergdahl has been recovering at a hospital in Germany.

He’s a U.S. Army officer who spent the past five years in captivity of the Taliban.

No matter the ifs and buts about how he got to that point, information known to this point shows he basically was a prisoner of war.

And if Americans have learned anything from many wars, it’s that we should never leave behind our fellow Americans who served on the front lines defending this nation’s interests and fulfilling missions most of us cannot imagine.

Seriously, it’s quite sad that some Americans seem to be saying we should not rescue members of the U.S. military unless we’re certain they didn’t cause their own plight or aren’t proven heroes.

Certainly, military leaders know they need to investigate Bergdahl’s disappearance in June 2009 plus his status the past five years.

Pentagon spokesman Col. Steve Warren said it best earlier this week when he told NBC News, “There have been several looks into the circumstances surrounding his disappearance, but we’ve never publicly said anything, primarily because we haven’t had a chance to speak with Sgt. Bergdahl himself.”

Sadly but symbolic of America’s quick-to-judge political system, too many people, especially politicians, aren’t waiting for those answers. From the halls of Congress to the White House website, politicians and voters are demanding immediate accountability for not just Bergdahl but even Obama potentially breaking a law. Yet not all the facts are known in either case.

Instead of such needless political hysteria, the focus should be on finding and publicizing all the facts of the rescue effort.

Only then will Americans be able to judge whether Bergdahl is a hero, deserter or somewhere in between. Only then will we know if Obama — like George W. Bush, Ronald Reagan and many presidents — flouted the balance of powers.

Unfortunately, most people don’t have the patience to wait that long.