Integrity, professionalism are qualities of a sheriff

The campaign season leading up to the Aug. 12th primary and Nov. 4 general election is well underway. It is unfortunate that my two competitors have started their campaigns with such negativity, including misleading and even false statements designed to get your attention and trying to trick you into believing the Freeborn County Sheriff’s Office is somehow mismanaged.

Why anyone running for public office, especially the position of sheriff, would choose to be dishonest should make us all question what their motive is. In law enforcement, honesty and integrity in all matters is what is most important. For me, compromise on these core values is not an option. 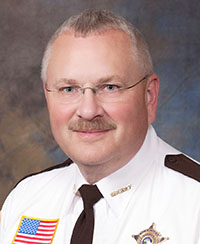 A correlation between the Freeborn County Sheriff’s Office and a well-run business can easily be made. If you think about it, you don’t hear negative things about businesses that are well-run. They simply do not make the news and we like to support them. Businesses only attract negative attention when they experience myriad problems.

The same can be said about our sheriff’s office. Reflect back and you will not find any hint of mismanagement, scandals or broken promises. What you will find is a sheriff’s office that is transparent, efficient and professional. Like every law enforcement agency, we work hard, strive to operate within budget, train our deputies and embrace emerging technologies while still delivering quality, cost-effective public safety services.

So why do my competitors insist on misleading and false statements? Simply stated, they have nothing else. They don’t agree with being held accountable for their actions, much the same as I am held accountable by the citizens of Freeborn County. It is much easier to blame someone else for perceived problems than take responsibility for their own actions.

During this campaign, it is easier for my competitors to complain and find fault with me and the direction I have taken the Sheriff’s Office than it is to embrace the positive changes and find ways to be productive. With the negative atmosphere they have created, it is little wonder that their perception is low morale.

Revenge is also contributing to the negativity. It is no secret that Freeborn County and I have been named as defendants in a federal lawsuit stemming from the September 2012 termination of Marcellino Peña as co-administrator of the jail. The filing of this lawsuit has been well documented in the Albert Lea Tribune. While I can’t comment on any aspect of the case, I can say that I believe the timing for filing that lawsuit was done to cast a negative effect on my bid for re-election. I will also tell you that one of my challengers and Mr. Peña are close friends and share similar values — some of the same values that led to Peña’s termination.

Over the next few months you will have a decision to make. Will you re-elect a sheriff who has demonstrated the ability to lead a professional, efficient and well-trained sheriff’s office, or will you choose an unproven candidate who does not value efficiency, honesty or professionalism and avoids taking responsibility for their own actions? That is an easy question with an obvious answer.

Thank you for the privilege to serve as sheriff of Freeborn County. Going forward, my campaign will focus on goals I achieved and future goals for the Sheriff’s Office. I will support my statements with facts and thoughtful explanations. Most importantly, I will not compromise my core values just to win your vote, because integrity matters!