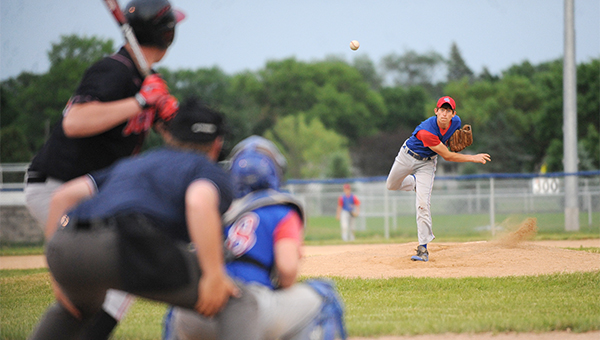 NORTHWOOD — The Northwood-Kensett baseball team cut an early deficit to one run but missed opportunities to break the game open with a timely hit.

“We played well defensively, but we had runners on second and third three times and were unable to score,” said Northwood-Kensett head coach Mike Reindl. 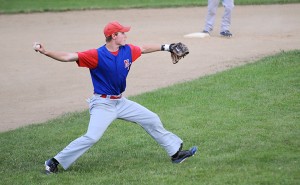 Zach Costello of Northwood-Kensett throws the ball to first base Monday at home against Nashua-Plainfield. — Micah Bader/Albert Lea Tribune

Severson started the game on the mound. In five innings, he retired three batters and gave up six walks and 10 hits. Colton Moretz and Peterson each pitched an inning in relief.

The Huskies extended a 2-1 lead with three runs in the fourth, two in the fifth and three in the sixth.

The Vikings are in the process of improving on last season’s 2-22 overall record.

“We worked on some things and moved some kids around,” Reindl said. “We’re trying to find our team — our best team — and I think we’re starting to find it.”

Next, Northwood-Kensett will host North Iowa at 7:30 p.m. today. The Bison (0-7 overall, 0-3 North Iowa Conference) are coming off a 15-0 home loss Monday against Newman Catholic.