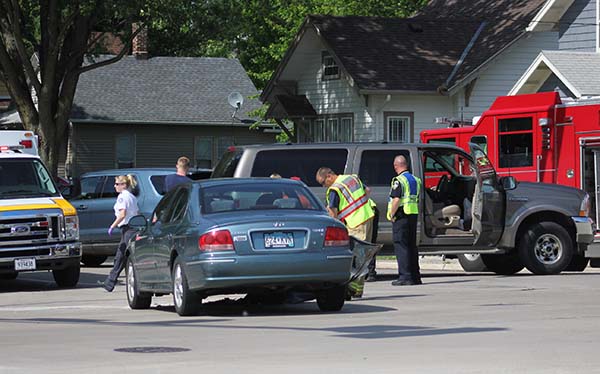 Four people were transported to Mayo Clinic Health System in Albert Lea Wednesday afternoon after a crash at the intersection of West Main Street and First Avenue.

Reports indicate Miller was driving westbound on West Main Street in a Hyundai Sonata when he ran a red light and struck the rear end of a 2002 Ford Excursion, driven by Clark, that was going north on First Avenue.

The Excursion spun 90 degrees before coming to a rest.