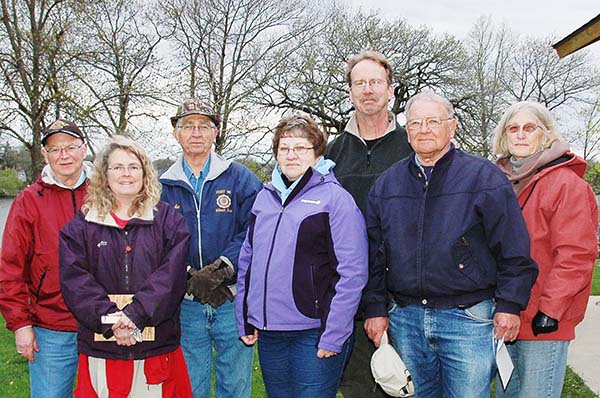 The Lens & Shutter Photography Club held its annual end-of-year awards picnic May 15 at Pioneer Park. There were 17 members and guests present on a very chilly evening.

Merit Awards were given to John Eisterhold for “Cosmos” and Ron Oyer for “Peggy’s Cove.”

Darcy Sime captured both the Ken Wangen Award for the most points earned during the club year as well as the June Wells Award for the Best of the Best photograph of the year, entitled “Ocean Sunset.”  Darcy also received First Place for “Foggy Fall Morning,” Second for “Standing Out in a Crowd” and Third Place for “Garden Beauty,” completing the Best of the Rest of the photographs submitted during the 2013-2014 club year. End of the year judging was performed by Bob and Betty Peoble.

The next meeting of the Lens & Shutter Photography Club will be Sept. 18.  The competition category will be “Open.” The club meets the third Thursday of the month from September through May.