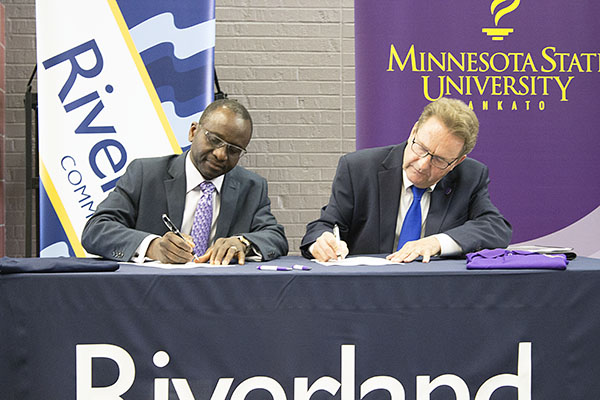 Called Future Mavericks, it allows northern Iowa students to attend Riverland and then MSU Mankato to get their bachelor’s degree at the tuition set for in-state residents.

“There is a new day here at Riverland,” Davenport said. 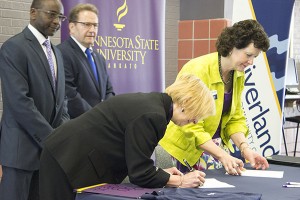 The Future Mavericks program germinated at a college presidents’ conference. The idea was planted that Riverland and MSU Mankato should work together to recruit more northern Iowa students to their institutions.

Davenport said this program is trying to “knock down” barriers for students and said MSU Mankato only has an agreement like this with Riverland.

“We’ve never had this sort of synergy,” Davenport said.

Atewologun said that this agreement “signifies a lot more than collaboration” and said it is a pleasure to work with Mankato. 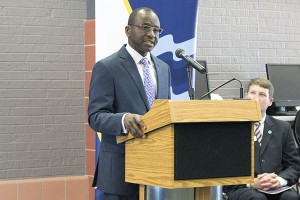 There is a national challenge to meet workforce needs, Atewologun said. This program aims to reduce that as it opens more doors for students and creates a unity of focus.

“We are collectively helping the nation,” Atewologun said.

The Future Mavericks program goes into effect for the coming fall semester.