The memorial service for Todd E. Johnson of Albert Lea will be at 3 p.m. Friday at Trinity Lutheran Church in Albert Lea. The Rev. Curtis Zieske will officiate. Visitation will be from 4 to 7 p.m. Thursday at Bonnerup Funeral Service in Albert Lea. Interment will be in Lakewood Cemetery. 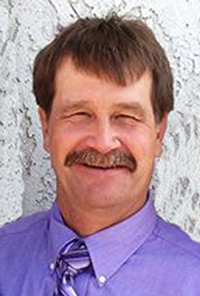 Todd, 52, of Albert Lea died at his home on Sunday June 22, 2014. Todd was a 1979 graduate of Albert Lea High School and attended Mankato State University for a year before returning to Albert Lea. He has held jobs working at Bonanza, Holiday Gas, TCI Cable for 15 years and the EXOL plant before retiring due to health concerns.

He loved football, played during high school and remained an avid Vikings fan his whole life.

Todd also enjoyed softball, hunting, fishing, camping, riding his Harley and playing in the Wild Country Band. Some organizations he was involved in include Moose and Eagles, where he served as president of the Eagles Club from 1999 to 2000. He will be fondly remembered as an outgoing, fun-loving man with an optimistic outlook on life and a sarcastic sense of humor. Todd had a nickname for everyone in his life to let them know they were special.

He is preceded in death by wife, Sheila; mother, Sharon, and father-in-law, George Wrolson.