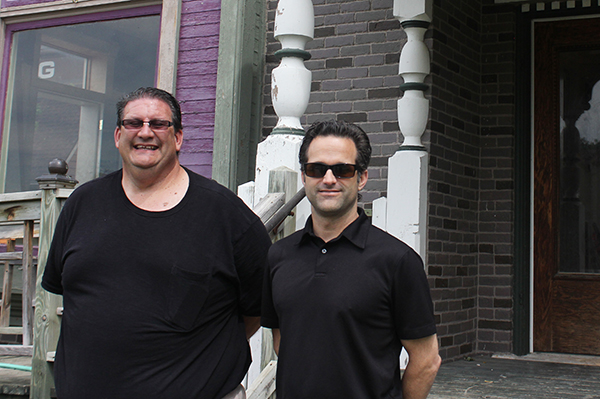 A historic home in Albert Lea has changed owners once again — this time with hopes of renovating it into a duplex with two market-rate apartments.

Albert Leans Curtis Smith and Lanier Pratt, under the business name of PS Property Holdings, closed on the former Turtle Dove Tea House & Gardens in the middle of May. 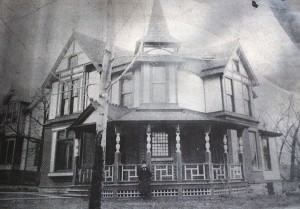 This photo of the former Turtle Dove Tea House & Gardens was taken around the late 1930s. The girl in the picture is Clara, the daughter of the original homeowners. – Tribune file photo

Pratt said he and his wife first became interested in buying the house, at 510 W. Main St., about four years ago, but at that time their offer was rejected. He was pleased when another opportunity came up to purchase it.

“You don’t get this kind of character in new houses,” Pratt said.

Many Albert Leans remember the Turtle Dove for its coffee shop, gifts, boutique decorations and the special events it hosted, such as murder mystery dinners, holiday banquets and tea parties. It closed in 2008 during a downturn in the economy.

Turtle Dove owner Gwen Reiss of Ellendale sold the property to Albert Leans Julie Cincoski and Lennie Aguilera in 2012 on a contract for deed, but the couple ultimately walked away from the house, Pratt said.

Smith and Pratt purchased the property from Reiss, and contractors have begun converting the house. The building is slated to house two apartments, one with three bedrooms and another with two.

Pratt estimated it would take two months to renovate each apartment. Contractors are stripping wallpaper, painting walls and installing new kitchens, to name a few. He is looking for the original pocket doors for a few of the doorways and hopes to restore the house as much as possible. On the outside, the house will be pressure-washed and painted, and contractors will install a new roof.

“The goal is this would last another 100 years,” he said. 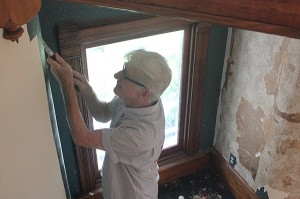 The Turtle Dove was originally south of where it stands now but was moved with a team of horses in the 1930s when the city extended Main Street and drained Spring Lake (now Morin Park) into Fountain Lake.

Reiss said in a previous interview that she thought the house was one of the oldest in the city, being built in 1880. The original deed stated it was owned by Christian Hedensted, a Norwegian jeweler.

“We’re excited to hopefully have some tenants shortly and be a part of Albert Lea again,” Smith said. “There’s memories here from people in the community.”

Pratt estimated the apartments would range from $700 to $800 a month.

He hoped the first tenants could move into the lower level by Aug. 1.