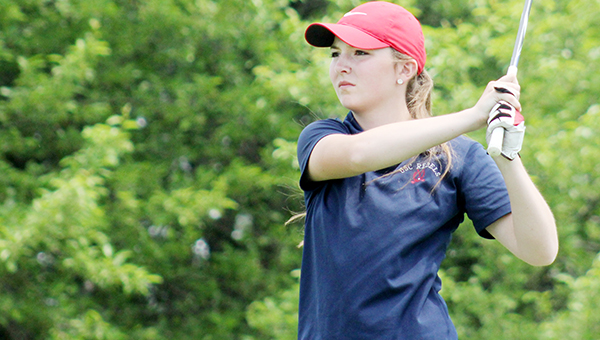 BECKER — The USC boys’ golf team qualified for the Class A state golf tournament for the third straight year and took second place to post its highest finish during that span.

The Rebels capped their season with a score of 675 to edge Legacy Christian Academy by four strokes Wednesday at Pebble Creek Golf Club. Dawson-Boyd took first with 660. 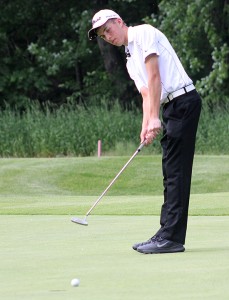 United South Central’s Ryan Pederson putts on the on the green of hole No. 7 at Pebble Creek Golf Club during Day 2 of the Class A state tournament. — Jacob Tellers/Albert Lea Tribune

“We had a good season — a great season,” said USC coach Brad Huse. “I can’t complain one bit about how the guys performed over the course of the season.”

The Rebels finished Day 1 of the tournament one stroke behind Dawson-Boyd, but were unable to take the lead away from them on Day 2.

According to Huse, USC led Dawson-Boyd by four strokes midway through the second round, but struggles by USC along with what Huse described as “the best round of the year” by Dawson-Boyd led to the Rebels falling back and finishing in second place.

“We started on the front nine very well,” USC coach Brad Huse said. “We struggled on the back nine a bit though. When you lead with nine to go you have to finish the deal.”

However, Huse added that second place at state was “nothing to be ashamed of” and that the Rebels have been on a good run the last few years.

Besides the team finish, three USC players placed in the top 20 out of the 88-man field.

Ryan Pederson tied with Dain Schultz of Mille Lacs for 7th place in the individual standings with a two-day score of 157. Senior Seth Olson took 11th place with a score of 161 in his last tournament for the Rebels. Ryan’s cousin Nate Pederson finished tied for 20th with a 167.

Huse described Olson’s second round score of 78 as “his best so far” saying that he was happy that he was able to end his high school career on a good note.

As Olson was the only senior on the team, the Rebels have a strong nucleus of players coming back for next year Huse said.

After finishing Day 1 of the state tournament in sixth place, the USC girls’ team shot a 397 on Day 2 to hold onto that spot.

Schindler finished in 195 strokes to take 40th place. Katelyn Loegering shot a 206 to take 61st place, and Morgan Pyzick rounded out the scoring with a 222.