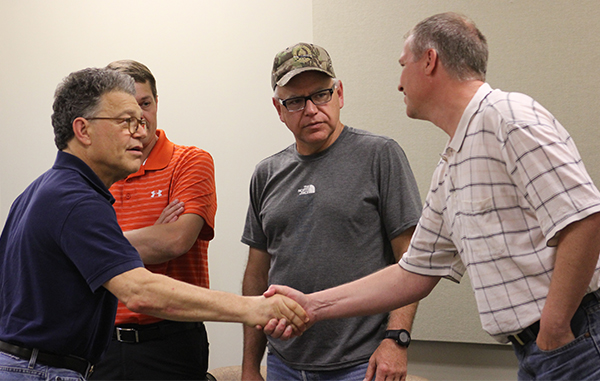 Severe storms that struck the area this week caused more than $215,000 in damages to local public infrastructure, according to preliminary reports from Freeborn County officials.

Officials with both the county and city of Albert Lea presented damage figures to U.S. Sen. Al Franken and U.S. Rep. Tim Walz Friday during a brief stop in Albert Lea.

Freeborn County Administrator John Kluever said the damage estimates will likely increase, as there are many areas county officials have not been able to assess because they are still underwater. 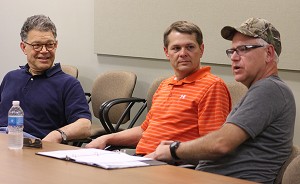 “There’s no question this will meet the threshold for public infrastructure,” Franken said.

The rain led to high water levels on both Fountain and Albert Lea lakes and the closure of several streets in town, including Main Street and Lakeview Boulevard.

As a result staff have put out 15 pumps to pump water from the system out into the streets to prevent sewage backups in people’s basements.

Jahnke said he is also concerned about the continued deterioration of the channel between Albert Lea and Fountain lakes.

Franken and Walz asked how the storms affected area farmers. 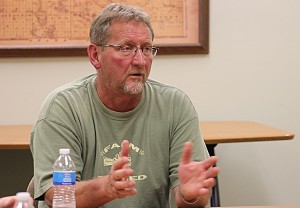 The senator and congressman expressed concern about repairs to the damages and the need to find long-term solutions in case similar storms are to come through.

“Now is the time to not just repair it but make it better in the long run,” Walz said.