What happened to courtesy at the movies?

A Happy Medium by Erin Murtaugh

Last Friday, a movie called “The Fault in Our Stars” came out in theaters. It is based on a novel by John Green and happens to be my favorite book. 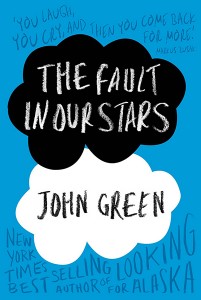 The book exploded in popularity as it came closer to the movie coming out. Of course, that’s what’s supposed to happen.

I read the book for the first time about two years ago. I also found out it was being turned into a movie the day Green announced it. So, of course, my excitement level to see the movie was through the roof.

With commencement being on Friday and just having a busy schedule on Saturday, I didn’t make it to the movie until Sunday night. As I was waiting for the movie to start, I heard a group of chatty girls behind me.

I didn’t think anything of it at first. As the movie started, they imitated anything the characters said and laughed through the whole thing.

Now, I promise I won’t give away the book or movie for you, but I’ll just say the ending is the saddest part. So it comes to the saddest part and what happens? This group of girls bursts out into laughter.

Are you kidding me? A guy seated at the front of the theater made his way to the back of the theater and called the girls out on their behavior. Thank you, man I do not know.

I couldn’t believe I had waited so long to see a movie and set such high expectations for it only for them to be torn down by a group of immature teenage girls who probably had never read the book before.

What happened to manners? If you’re in a movie, isn’t it common sense to be quiet? I would think so, especially when the theater has a decent amount of people in it. I guess I’ll just have to go back and see it again once it has been out for a few weeks so the theater won’t have as many people in it.

Today is a very special day. It is my little sister’s golden birthday.

Tierney, you may almost be as tall as me and are almost a teenager now, but you’ll always be my little sister. Love you, kiddo.

Albert Lea resident Erin Murtaugh is a 2014 graduate of Albert Lea High School. She is an intern this summer for the Albert Lea Tribune. She can be reached at murtaugh.erin@gmail.com.

Erin Murtaugh: Slow down and look out while on the road

Erin Murtaugh: There are many wonderful things about fall

Erin Murtaugh: Tips for having a successful school year

Erin Murtaugh: Try these tips to have a good school year