By law, the rules must reduce emissions, but they also must ensure the electric system remains reliable and that the pollution control options be both cost effective and currently available. As wind developers in Minnesota and across the Midwest, we are writing to announce our strong public support for these new rules. 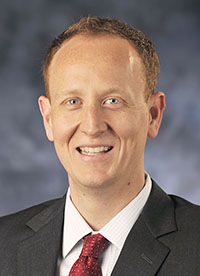 Wind energy is rapidly-scalable and has zero emissions, making it the cleanest source of low-cost utility-scale electricity production available today. Advancements in wind forecasting, system software and equipment technology mean that wind farms are reliable and extremely effective at capturing every last drop of energy out of the wind — and often when the wind does not appear to be blowing.  Minnesota is already proving that switching to renewable energy sources is good for the state and good for the economy. Minnesota currently receives nearly 16 percent of its electricity annually from the wind, and Minnesota’s electric utilities report that wind has lowered utility bills.

Wind power’s costs have dropped 43 percent in just four years and the states with the most wind energy are saving money on their electric bills. Our neighbor Iowa gets a little more than 27 percent of its electricity from wind power, and Iowa has the second lowest electric rates in the Midwest!

And, many utilities have praised wind for being the most cost-effective energy source and offering a valuable hedge against rising and volatile fuel prices. Wind development has grown quickly and shows that the system can change.  Just a decade ago wind power made up less than 5 percent of Minnesota and Iowa’s electric system.

The new rules will encourage the development of new sources of energy that have zero emissions. Just as Minnesota’s 25 percent by 2025 Renewable Energy Standard has been good for the state by bringing thousands of new jobs, diversifying our energy makeup and stabilizing our electric rates, the new emission standards will also encourage additional wind development in Minnesota.

And in reality, they will encourage a lot of new wind development. For Greater Minnesota the rule means jobs, tax revenue, economic development and growth!

The wind farms already in the state provide jobs to a variety of manufacturers and service providers from steel rolling companies for towers, environmental compliance consultants, wind technicians, hoteliers, restaurant staff, road crews and assorted other tradesmen and master crafters.

Nationwide, the Brookings Institute reports more than 100,000 jobs have been created in the clean energy and clean tech sectors, with workers earning 13 percent more pay than U.S. workers overall.

Locally, Riverland Community College in Albert Lea has seen the growth of wind development in Minnesota and now has a wind technician program that trains students for a variety of good, family-supporting jobs.

As developers of wind projects in Minnesota and throughout the Midwest, we have a significant amount of experience building and operating renewable energy systems and stand ready to build throughout Minnesota. Wind energy emits no air or water pollution, uses virtually no water and does not create hazardous waste.

Best of all, since wind power’s fuel is free we get all of these benefits and get to spend a little less on our electricity to boot!

Adam Renz is an external communications associate at EDP Renewables in Houston. He was assisted in writing this column by Shanelle Evens Montana of EDF Renewable Energy and Betsy Engelking of Geronimo Energy.