A church defies the odds in southern Minnesota

Several weeks ago, 51 years after moving away, I returned to rural southern Minnesota for the 125th anniversary celebration of the East Chain Evangelical Free Church, which, from 1957 to 1963, was the first congregation my father led as pastor. Expecting to see yet another rural church struggling to hang on, I found instead a vibrant, growing congregation — one so salubrious that members are talking about expansion. 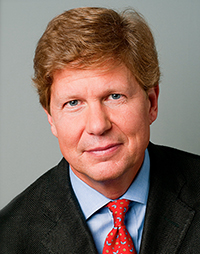 As a professor of American religious history, I have spent the last several decades studying religious life in the United States, especially Protestantism.

Following the postwar boom in churchgoing, when we Americans were eager to demonstrate that we were not godless communists, many religious denominations began to decline in membership, attendance and giving. Mainline Protestants — Methodists, Lutherans, Presbyterians, Episcopalians, Congregationalists — were hit first, and hardest, beginning in the mid-1960s.

As mainline Protestants declined (due it part to their support for civil rights and opposition to the Vietnam War), evangelicalism surged. This was the era of televangelists and megachurches, most of them nondenominational, which dotted the suburbs.

The evangelical surge, however, shows signs of abating. Many evangelicals I talk with have grown weary of politicized preaching and the unholy alliance between evangelicalism and the Religious Right. The conservatives who took over the Southern Baptist Convention in 1979 promised that a denomination purged of “moderates” would flourish, but the Southern Baptist Convention has lately seen the same pattern of decline that decimated mainline Protestants.

These trends make the East Chain Evangelical Free Church all the more remarkable. The church, a lovely, brick structure constructed in 1951, is rural and surrounded by farms; East Chain itself is several miles down the road, and Fairmont, the nearest town, is 20 miles away. But the Free Church draws several hundred every week. At a time when rural and small-town congregations across the country are closing their doors, the youth group here is active, the nursery is full and the Sunday school burgeoning. According to Kevin Hugoson, chairman of the church board, the class of 4 and 5-year-olds could number 17 next year.

The East Chain Free Church builds on a strong sense of community. Agriculture in southern Minnesota has rebounded nicely following the President George W. Bush recession, and children who head off to college, like my friend and college classmate Doug Peterson, often return to take up farming.

What accounts for the church’s success and longevity? When I put that question to members of the congregation, many said it was due to the congregation’s allegiance to the Bible.

“We’re just upholding the word of God,” one longtime member told me.

Others credit strong lay leadership and the preaching and energy of the pastor, Jerry Bertholet, who came as pastor in 2011 after several postings in California.

The church’s fidelity to traditional doctrines may indeed contribute to its success, but the congregation has also adapted to the times. A praise band, now ubiquitous in evangelical circles, holds forth beneath the sanctuary’s graceful white (and very traditional) ogival arch.

When my father was pastor, the community’s notion of an ethnic minority was a full-blooded Norwegian (he was the church’s first non-Scandinavian minister), but people of color, reflecting the area’s changing demographics, now worship alongside seventh-generation Swedes.

My father, who died in 1997, would have loved to be present at the anniversary celebration, to stand with other former pastors who declared their years at the East Chain Evangelical Free Church among the best of their lives. Most of all, he would have applauded the congregation’s resilience, its faith and its success in defying the odds.

Randall Balmer, chairman of the Religion Department at Dartmouth College, is the author of more than a dozen books, including, most recently, “Redeemer: The Life of Jimmy Carter.”