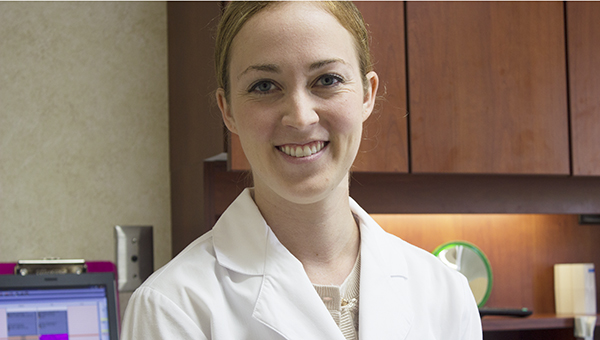 A new job, a big move and a wedding. It’s going to be a busy year for Tricia Nelson, Advanced Family Dental’s newest dentist.

Nelson, 25, hails from Iron River, Mich., a city of just over 3,000 people on Michigan’s Upper Peninsula. She received a bachelor’s degree in biochemistry from Albion College in Albion, Mich., and attended dental school at the University of Minnesota. 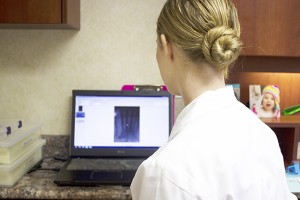 For the past four years, Nelson has lived in the Twin Cities. She started at Advanced Family Dental on June 16. The job in Albert Lea was a perfect fit, she said. Her fiance is from Minnesota, so they wanted to stay in the state, and Nelson said she likes the small-town feel of Albert Lea. Nelson said it reminds her of her hometown.

Nelson and her fiance, Kyle, are getting married in December in the Dominican Republic.

As for the move, Nelson said that everyone has been welcoming and has been “bending over backwards” to make the transition for her as smooth as possible.

Outside of work, Nelson likes working with horses. She has three of her own, two of which are with her now. She said she hopes to bring the third horse to her home in Albert Lea soon. Nelson and her fiance like to go horseback riding.

She also hopes to someday get into golf, as her fiance is a golfer and has spent a lot of time at Wedgewood Cove.

Other than that, Nelson said she likes to snowboard — though she’s not sure where she will snowboard in Minnesota, yet — and enjoys traveling.

One thing she is excited to experience is the Freeborn County Fair. Nelson said back home in Michigan her county fair was small, and it’s starting to dwindle. 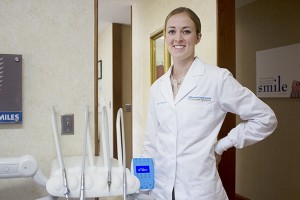 Tricia Nelson stands in an exam room with some of the equipment she uses. Nelson aims to make dental care understandable for her patients. – Hannah Dillon/Albert Lea Tribune

Another thing that Nelson is wishing for is for Albert Lea to have a rodeo once again. It had a PRCA-sanctioned rodeo at the fair in the late 2000s.

Besides being involved with 4-H in her younger years, Nelson helped with the Upper Peninsula Championship Rodeo in Iron River, and said that she was even a rodeo queen.

Despite being involved with horses and 4-H, Nelson said that she’s known she’s wanted to be a dentist since she was 15 years old.

When she was younger, Nelson said she had a great dentist and had a good experience going to the dentist, which isn’t something often heard. Her childhood dentist inspired her to want to become one herself.

One thing that stuck with her is how understandable her childhood dentist made dental care. Nelson said she isn’t interested in listing off confusing terms and sending a bill to her patients. She wants to help her patients understand what’s happening with their dental care.

And Nelson will have plenty of patients to help. She said that Advanced Family Dental’s patient list is growing quickly. That sparked the business to hire Nelson as a second dentist to owner Rachel Nolander-Poppe, but to also expand into a bigger building.

Advanced Family Dental’s current building on Front Street is too small for two dentists to work in and for the amount of patients the office gets, Nelson said.

Construction is slated to begin by the end of August, and Nelson said that by early next year Advanced Family Dental hopes to be in their new office on Ekko Drive across from Zogg Dermatology.