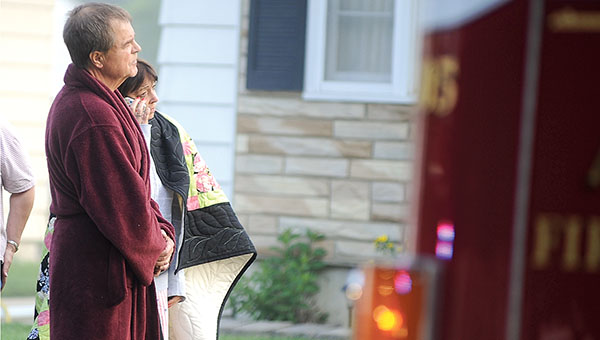 AUSTIN — Austin Mayor Tom Stiehm’s house likely will be declared a total loss after a fire tore through the home starting at about 7 a.m. Friday. 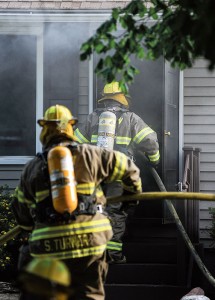 The mayor and his wife, Sarah, made it safely out of the home, 508 15th Ave. SW, with one of their black Labradors, Harper, and another dog staying at the home. The Stiehms’s other black Lab, Annie, 8, succumbed to the flames.

The house floors caved in from the flames, and there was extensive smoke damage throughout the house, according to Fire Chief Jim McCoy.

The Stiehms are arranging a place to stay through their insurance agent, according to Tom. The couple recovered few possessions from the flames.

The state fire marshal is investigating the fire. Officials believe the fire started in the basement. Firefighters got the flames under control by 8:15 a.m. and were cleared by 10:30 a.m. The cause of the fire, as well as a damage estimate, is unknown.

The mayor said he heard a noise just before he woke up, but he figured it was children playing outside. He could smell the fire soon after, however.

“As soon as I got up and walked out of the bedroom, I was overwhelmed,” he said. “You could just tell.”

The Mower County Assessor’s Office lists the property as having an assessed value of $87,100. Assessed values, which are used for calculating property taxes, typically are lower than market values.