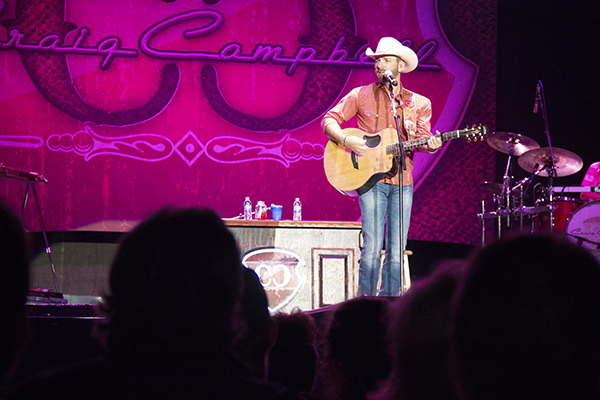 Despite only having a solo career since 2011, Craig Campbell had an electrifying stage presence that kept most of the crowd on their feet for his whole show. – Hannah Dillon/Albert Lea Tribune

The second night of Grandstand entertainment at the Freeborn County Fair left the audience singing, clapping, cheering and jumping from their seats.

Georgia native Craig Campbell took the stage Wednesday night and opened with “Play Something Country” by Brooks & Dunn. The audience, which got bigger as the night went on, sang and clapped along enthusiastically.

“Welcome to the shindig tonight, y’all,” Campbell greeted the audience as he finished his first song, taking the stage with the confidence of an experienced musician.

Campbell has been performing on stage since 2002, but he hit his big break as a solo artist in 2011 with his self-titled debut album, which peaked at No. 14 on Billboard’s Top U.S. Country Albums chart.

Campbell covered other popular country songs, such as “I’ll Think I’ll Just Stay Here And Drink” by Merle Haggard and “The Dance” by Garth Brooks.

Narramore selected Chelsea Anderson of Albert Lea to join them on stage.

He also sampled Tracy Byrd’s “Watermelon Crawl” and Luke Bryan’s “Country Man” when he sat down at the piano bar with Narramore and Anderson, explaining to the crowd that he used to play piano for the artists before he went out on his own.

Despite playing a handful of covers, Campbell sang plenty of his own songs, such as “My Little Cowboy,” “Outta My Head,” “Truck-N-Roll,” “Family Man,” “Bar Hoppin’” and “Topless,” among others.

Some of Campbell’s songs talked about family, and he mentioned his own family a few times. Talking about his 6-year-old daughter led to an unexpected sample of “Let it Go” from Disney’s “Frozen,” but the crowd received it warmly, many audience members excitedly singing along with their friends.

Another unexpected twist was Campbell’s cover of “Royals” by Lorde. Even though the song rocked top-40 stations, Campbell defended himself by saying the lyrics definitely have a country feel to them.

“I’m just up here having fun, y’all,” he said, but no defense was needed — the audience rolled with the punches and was receptive to everything Campbell did.

The crowd especially favored Campbell’s performance of “Keep Them Kisses Comin’” — his first Top 10 single on Billboard’s U.S. Country Airplay chart — as he got off the stage and stood on the concrete blocks in front of it, singing to a group of fans who had gathered in the aisle.

Campbell grasped their hands as he sung to them, even taking the cellphones of a few fans and taking selfies with them, microphone in hand.

The show ended with Campbell’s song “Fish,” but after cheering from the crowd he came out for an encore, singing “Be My Baby Tonight” by John Michael Montgomery.

Campbell’s electric stage presence and ability to rouse the audience — following Eric Paslay’s good performance opening night — closed out the second night of entertainment at the fair, leaving the rest of the entertainment with some big shoes to fill. 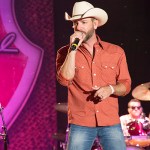 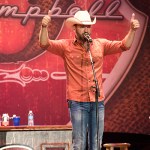 Campbell gives two thumbs up to the audience during his show Wednesday night at the Freeborn County Fair. – Hannah Dillon/Albert Lea Tribune 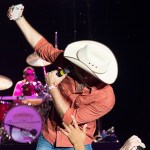 While still singing a song, Craig Campbell takes a few selfies with some audience members during his show Wednesday night at the Freeborn County Fair. – Hannah Dillon/Albert Lea Tribune 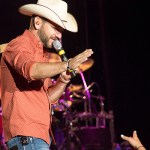 Craig Campbell steps off the stage on to the divider to get closer to a group of fans that huddled around him. – Hannah Dillon/Albert Lea Tribune 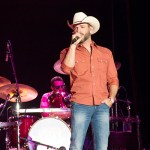 Craig Campbell sang songs from both of his albums as well as unconventional covers like Lorde’s “Royals” and “Let It Go” from Disney’s “Frozen.” – Hannah Dillon/Albert Lea Tribune 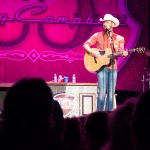 Despite only having a solo career since 2011, Craig Campbell had an electrifying stage presence that kept most of the crowd on their feet for his whole show. – Hannah Dillon/Albert Lea Tribune