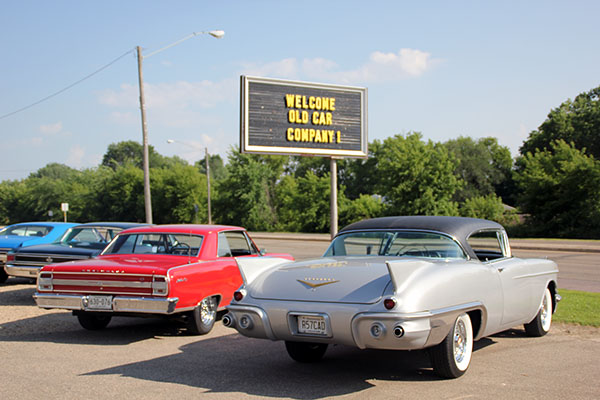 The Old Car Company of Southern Minnesota will be hosting the third annual Cruise to the Cove on Aug. 28.

The event will take place from 4 to 8 p.m. at Wedgewood Cove and is free to attend. Rain or shine, the show will go on. All classic cars and specialty vehicles are welcome to be shown and there will be door prizes for registered participants. In 2013, Cruise to the Cove had over 150 vehicles shown.

Cruise to the Cove is a social gathering event, so there will be no awards. Megaforce sound will provide music from the 1950s and ’60s as entertainment. All community members are encouraged to attend. Last year, a 1959 graduate of Albert Lea High School attended, coming from Washington state, making him the attendee coming from the farthest away.

The Old Car Company of Southern Minnesota is a classic car club that meets monthly. There are currently 44 members, and each month a different member hosts the meeting. Members come from all over southern Minnesota and northern Iowa. The club was started in 1983. Some of the members have been members of other car clubs since the late 1950s.

“We just have fun with cars and enjoy going down the road,” said Don Blake, a member of the club.