Churches come together for night of song 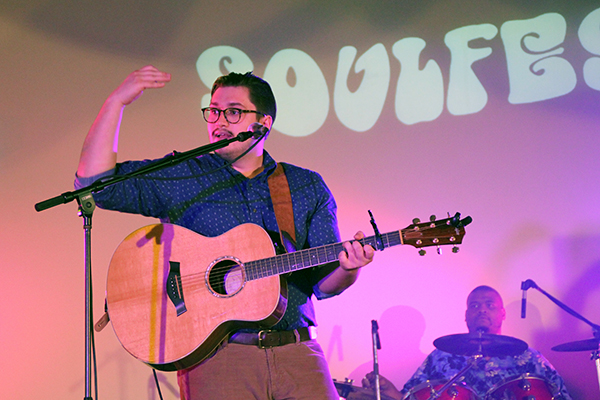 Saturday evening, spectators of all ages filed into Our Father’s House in Albert Lea to take part in Soulfest. Soulfest is a gospel concert sponsored by Our Father’s House, Grace Christian Church and the Salvation Army.

The event was supposed to take place at a parking lot downtown, but due to threatening weather it was moved indoors. The night started off with a free community picnic. After food was served, the musical performances began.

Tyler Vandenheuvel and his worship band from Crossroads Student Impact started off the night. The group played both worship music and original songs. Between their songs, McKenzie Fields made her debut performance as a singer.

Elisha Andrew Marin also took the stage and sang original songs and worship music. Marin led the audience in familiar worship songs as a part of his performance. His father, the Rev. George Marin, of Grace Christian Church, was the announcer for the night.

After Elisha Marin’s performance, his father introduced Maj. Elsie Cline to the audience. Cline is joining the community to minister at the Salvation Army to the Spanish-speaking families who attend services there.

Between the performances, prayer was said. There was also a guessing game for who could get closest to the number of pieces of candy in a jar for both adults and children. The audience was encouraged to dance, sing along, clap and enjoy the music being performed.

Adam Quincy and T-Shaw took the stage next. The rap duo performed both older songs and ones off their album that has yet to be released. They stressed that they were not a Christian rap duo, but their songs have a positive message.

Last to perform was the Happy Cole Train, a family gospel band from Rockford, Ill. The band led the audience in prayer, worship, song and dance to close off the evening. 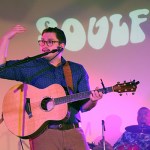 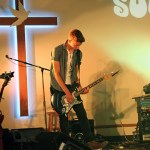 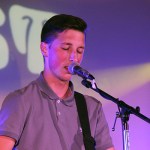 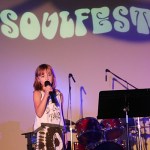