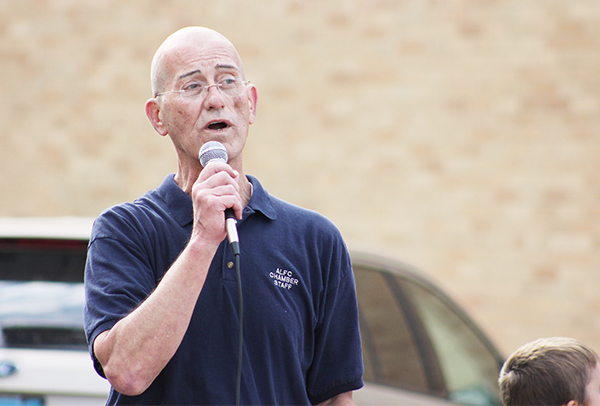 Albert Lea aims to be certified for health qualities

Albert Lea leaders called on the community Wednesday to participate in the Blue Zones Project that will come to town next month.

In what was an official announcement to the community about the project, Mayor Vern Rasmussen said he is proud of Albert Lea and the opportunity. 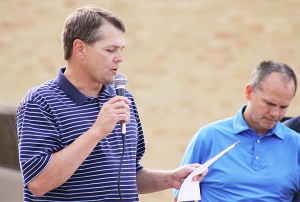 Albert Lea Mayor Vern Rasmussen speaks during Wind Down Wednesday about the Blue Zones Project that will start in the city on Aug. 1. – Sarah Stultz/Albert Lea Tribune

The new project is a partnership between Healthways Inc. and Blue Zones LLC. Under it, the city will be one of several across the country seeking to achieve Blue Zones Community certification. National experts will draw on the city’s prior success and assist the city in developing and implementing a blueprint for making permanent environmental, social and policy changes. The changes aim to lead people into healthier behaviors and improved well-being.

“We have everything going for us again,” said Randy Kehr, director of the Albert Lea-Freeborn County Chamber of Commerce.

The chamber has a workplace wellness committee that has been active in Blue Zones and other health-based initiatives.

Residents and businesses will be invited to take part in many of the same activities they did when Blue Zones was in Albert Lea in 2009, and the community’s results will be measured with a poll by Gallup Inc.

The project begins next month and will run a full year.

There will be rallies and other events for the community to take part in, such as purpose workshops and walking groups called moais. Part of the certification also requires designating a certain percentage of the city’s schools, restaurants, grocery stores and businesses as official Blue Zones entities.