A memorial service for Daniel “Danny” P. Miller will be held at 1 p.m. on July 31 at the Bonnerup Funeral Chapel. Visitation will start at 12:30 p.m. and last until the start of the service. The Rev. Kent Otterman will officiate. 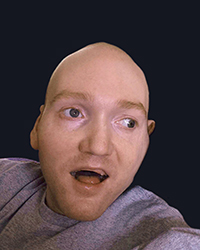 Daniel passed away at Mayo Clinic Health System in Austin. He was 32 years old.

Daniel was born on June 1, 1982, to Edward Miller and Barbara (Wencl) Stahl, in Albert Lea. Daniel grew up in Austin where he began attending Cedar Valley Schools. Danny enjoyed hanging out with the nurses at his housing complex and enjoyed the many visits from his family. He especially liked when Heidi, his favorite dog, would come along to visit him. Danny lived a quiet life, and although Danny could not speak, you knew he was listening by the smile that appeared on his face.

Danny is preceded in death by his grandfather, Harold Wencl; foster mother, Judy Seys; and a brother, Daniel Stahl.