Dean Eric Christianson, 43, of rural Austin, went to be with his Lord after drowning in the Payette River near Cascade, Idaho, on May 2, 2014. 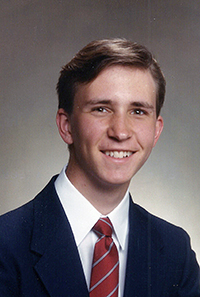 Dean was born June 10, 1970, in Rochester to Jerome and Betty (Wilkens) Christianson. He grew up on his parent’s farm northwest of Austin. He attended Austin Public Schools, and graduated from Austin High School in 1989, where he was in 4-H and FFA. He attended Riverland Community College and graduated with an associate of arts degree.

Dean bought a house and the adjacent lot in Corning and remodeled the house and planted trees on the lot. As a life-long member of Red Oak Grove Lutheran Church he was drawn to the ministry, serving as a trustee and a deacon. Dean worked at several different jobs in his life including Corning Seed, Gandy’s of Owatonna, Cargill of Albert Lea and as a semi driver for Swift for a short time. He was a friendly person, was well liked and was always willing to engage in conversation. Dean was mostly a helper and a caregiver.

He was preceded in death by his grandparents Elmer and Mary Wilkens and Kenneth and Avis Christianson and his aunt Rosanne Wennes.

A memorial service will be held at 2 p.m., Saturday at Red Oak Grove Lutheran Church with the Rev. Lindsay Stolen officiating. Visitation will be at Clasen-Jordan Mortuary from 4 to 7 p.m. on Friday and at the church on Saturday for one hour before the service. Private interment was held July 19 at Red Oak Grove Cemetery.

Dean’s last act of kindness was doing what he loved most: helping a friend.