Rich Hacker of Byron and Dawn Dace of Albert Lea announce the engagement of their son, Nate Hacker, to Naomi Echternach. 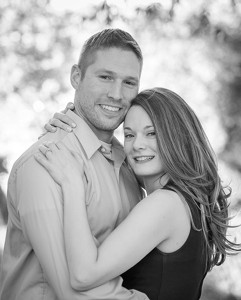 Naomi is the daughter of Jack and Karen Echternach of Bemidji.

Nate is the grandson of Carl and Elsie Hacker of Emmons, Elaine Nelson of Albert Lea and the late DeWain Nelson.

The bride is a Bemidji High School graduate and has her master’s of architecture degree from North Dakota State University. She is employed by JLG Architects in Grand Forks, N.D.

The groom is a graduate of John Marshall High School in Rochester and has his master’s of architecture degree from North Dakota State University. He is also employed by JLG Architects in Grand Forks.