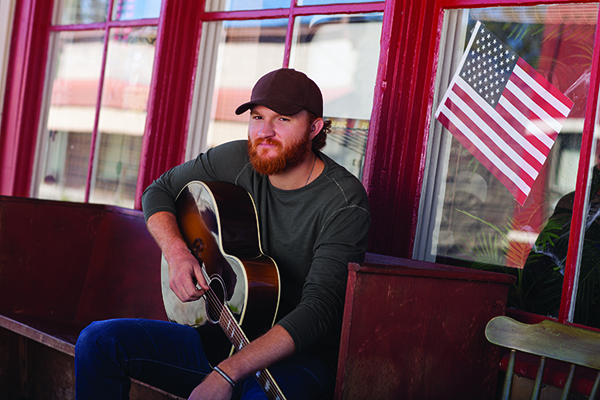 Eric Paslay will perform the first night of the Freeborn County Fair at the Grandstand. – Provided

With the goal of writing and singing his own music, Texas native Eric Paslay moved to Nashville over a decade ago.

Now he’s signed with EMI Records in Nashville and put out his first album this February.

Paslay will start off the Freeborn County Fair on Tuesday night by singing his music as the first Grandstand performer of the year.

At 15, Paslay started playing guitar. He said his family supported his newfound interest in music. Paslay has been influenced by artists such as Rich Mullins, Rodney Crowell and Johnny Cash.

Paslay said he enjoys the entertainment aspect of music.

“I always try to put on a great show,” Paslay said.

From the get go, Paslay would perform original songs instead of covers of other artists, setting himself apart from other aspiring artists. While doing shows at various clubs, Paslay considered going to school for pediatric endocrinology.

Things changed, however, when a friend encouraged him to go to Nashville. He graduated Middle Tennessee State University with a degree in music business in the fall of 2005.

Before finally releasing his debut self-titled album this February, he found a niche writing for others. Paslay has been a part of writing three No. 1 songs in country music which include Love and Theft’s “Angel Eyes,” Eli Young Band’s “Even If It Breaks Your Heart” and Jake Owen’s “Barefoot Blue Jean Night.”

“It just kind of fell in place,” Paslay said.

Paslay’s single, “Friday Night,” climbed in popularity, making it on the top 10 songs on the U.S. country music charts.

Paslay joked about being on tour for the last four years, performing at all different types of venues. He said he will be performing the next 30 out of 36 days, making for a busy schedule.

He encourages all fair goers to come take a listen to his music.

“Come see the show,” Paslay said. “You won’t be disappointed, and you’ll want to come out next time.”

How much: Free with $9 fair admission ticket, $27 for limited reserve seating

Where to buy: At the Freeborn County Fair, online at http://www.freeborncountyfair.org or by calling 507-373-6965