Funeral services for Judith Kay Jensen, 73, of Albert Lea will be at 10:30 a.m. Thursday at Trinity Lutheran Church in Albert Lea. The Rev. Mark Boorsma will officiate.  Interment will be at Graceland Cemetery. Visitation will be from 4 to 7 p.m. today at Bayview/Freeborn Funeral Home and one hour prior to the service at the church.  Online condolences are welcome at www.bayviewfuneral.com. 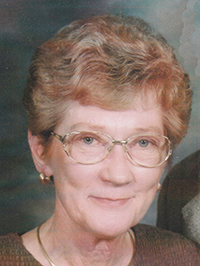 On April 23, 1960, Judith was united in marriage to Dennis Jensen in Albert Lea.  Together they made their home in Albert Lea. Judith worked at Boyd and Jacks for several years before going back to school at the Minnesota School of Business. She then started working as a lab technician at the Albert Lea (West Side) Clinic for 30 years. Judith was a member at Trinity Lutheran Church in Albert Lea. She enjoyed reading, shopping, dancing and — most of all — spending time with her family. Judith spent her life helping others.

Judith was preceded in death by her parents, Alton and Bernice; and brother, Brian Anderson in infancy.