Karen Faye Olson, 55, of Albert Lea died Friday, July 18, 2014, at her home. A memorial service will be at 7 p.m. Friday at Bruss-Heitner Funeral Home in Wells.  Visitation will be one hour prior to the service at the funeral home on Friday. The Rev. Katie Pals will officiate and interment will be at Our Savior’s Lutheran Cemetery in Kiester. Please see www.brussheitner.com to leave online condolences. Bruss-Heitner Funeral Home of Wells is in charge of arrangements. 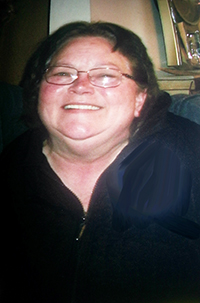 Karen Faye was born March 26, 1959, in Albert Lea, the daughter of Myron and LaVonne (Bakken) Olson. She graduated from Kiester High School in 1977, before attending Jackson Vo-Tech. Karen has held many positions throughout her life. She most enjoyed spending time with her grandchildren.

She is preceded in death by her father, Myron.