Man given high-risk status after evaluation in 2013

A Level 3 predatory offender from Albert Lea moved to Austin on Monday. 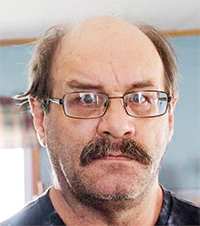 Berg is not wanted by police at this time and has served his sentence from a 2012 arrest in Freeborn County.

He is white, 6 feet tall and weighs about 165 pounds. Berg has brown hair, blue eyes and a fair complexion.

He was convicted of misdemeanor disorderly conduct earlier this month after a reported verbal altercation between him and an acquaintance.

Though the police department usually holds community meetings to inform the public about predatory offenders who move into town, Krueger said Austin police won’t hold a meeting for Berg. Offender meetings aren’t mandatory and are held at the department’s discretion, Krueger said.